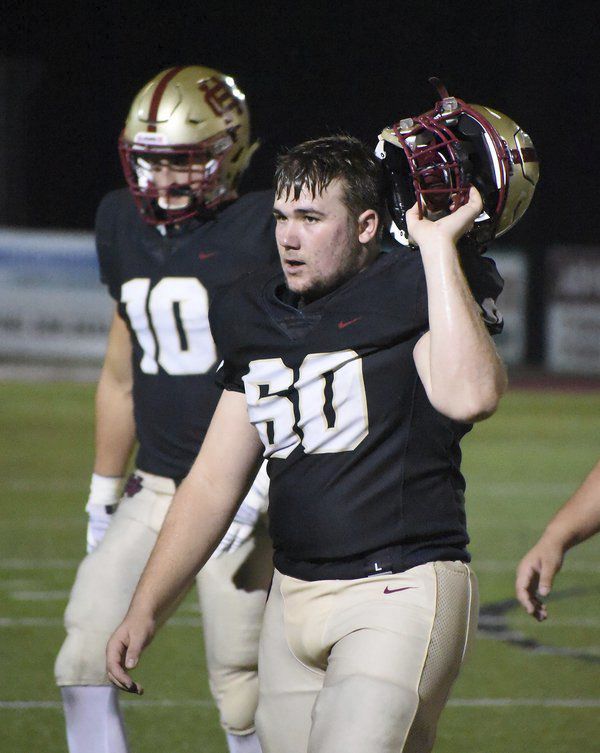 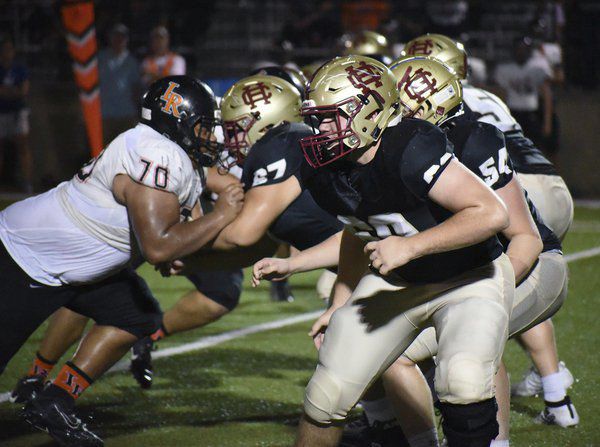 Injuries have followed Nathan Davis through much of his football career at Christian Heritage School.

Before his freshman year, he broke his arm and missed the entire season. Two games into his sophomore year, a broken ankle derailed his season.

Davis' junior year was a different story as he played without any major injuries. Davis thought he had finally shaken the injury bug. Then during camp this past spring heading into his senior season, Davis was performing a drill and felt something "weird" in his left knee.

He wasn't in pain. He could still run so he continued practicing. But the next day at practice, Davis struggled with the same knee. An MRI later confirmed he tore his anterior cruciate ligament (ACL), which for most players ends a season, requires surgery and leads to months of rehabilitation.

After missing most of two seasons, Davis didn't want his senior season to end with an injury. He and his family consulted with doctors. Since the knee injury wasn't causing Davis pain, he decided to play.

"The doctor said that it was a risk because I could tear something else in my knee, but I had been doing so well on it they said I might not even need an ACL the rest of my life," Davis said. "They said 'But if you want to brace it up and play on it you can do it.' I'm like 'It's my senior year. Might as well do it.'"

Coach Jay Poag is happy to have his senior left tackle protecting the quarterback's blind side. Poag counts Davis as one of the team's vocal leaders and describes him as "an intelligent football player."

"He's just one of those kids that you need a lot of," Poag said. "You can never have enough Nathans. You don't ever have to worry about him. He's got a bright future. We're just thrilled that he's out there."

Davis shined on defense at nose tackle his junior year, but Poag moved the senior exclusively to offense to "keep him out of harm's way," as defensive linemen are often susceptible to injury at the line of scrimmage. Poag also manages Davis' reps at practice, keeping a watchful eye on him.

Three games into the season, the Lions are undefeated heading into a road game at Carrollton's Mount Zion (1-2). In the season's first Georgia High School Association power ratings, Christian Heritage is ranked No. 3 among 37 Class A-Private schools. Power ratings are a formula that ultimately decide which teams make the playoffs.

So far, Davis is pleased with how the Lions' season is going. He's happy to be on the field instead of watching the games from the sideline in street clothes. Despite the team's success, Davis admits that he wasn't 100% sure he would play on his injured knee.

"There was a doubt," Davis said. "There's a doubt every day but you just have to do it and trust God on these things. Whenever they told me it was torn, there's a verse in Matthew that went through my head: 'With man, this is impossible. With God, all things are possible.' He's the only reason I'm even playing. There's no other reason I should be playing."