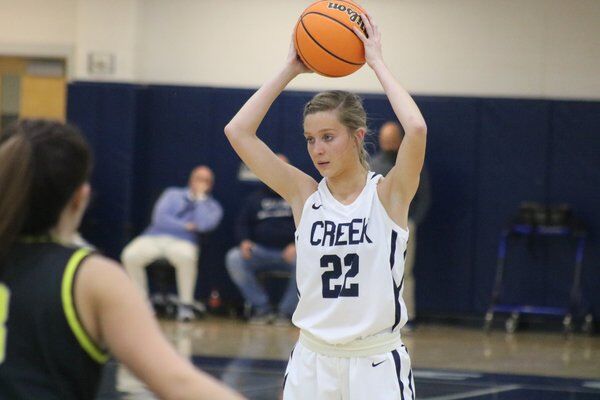 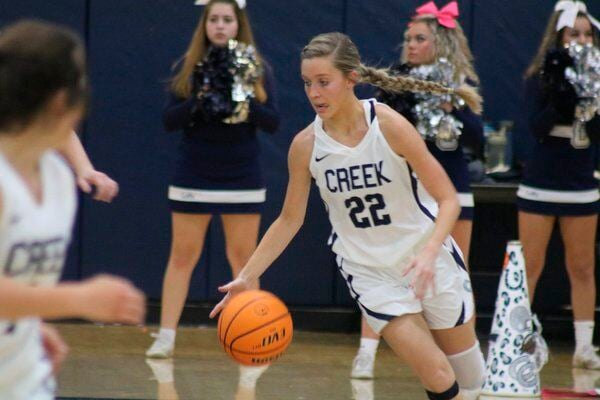 This year's team at the Creek needed an offensive threat to step in.

In the very first game of her junior year, she set a new program single-game scoring record with a 34-point outburst. She's followed up that with games of 31, 26 and 32. She's scored more than 25 in four of the Lady Colts' five games so far.

"It's definitely different. I was used to leaning off of them. This year I feel like I have to step up and try to be a leader," Reed said, speaking after scoring 32 through just three quarters Tuesday in a convincing win over Region 6-3A foe North Murray. "It's been special to be able to do what I have so far."

Reed has made her mark this season after a smaller but important bench role as a sophomore on the Coahulla Creek team that finished as runners-up in Region 6-3A and reached the second round of the state playoffs.

"She would come off the bench last year, and she was always a spark off the bench, too," Coahulla Creek head coach Jody Bacchus said. "She's developed the left hand a little more too and improved on both ends of the floor."

"That was where I was weak, so I worked a lot with that," Reed echoed of her skill with her off hand. She credited a lot of time playing with her travel team over the summer with helping her improve her ball-handling.

Reed's dynamic performances so far have helped the Colts to a 3-2 record to start the year despite losing so much of the core from last year's team.

"It's been huge," Bacchus said. "She's just a natural scorer. She's pretty relentless in getting to the basket and she shoots the three well. She's just a tough cover. She's a big-time leader for us, too."

Reed said leadership is also one aspect of her basketball game she focused on heading into this season. After the senior-laden success of last season, the Lady Colts have just one senior on the roster this year.

Reed is the centerpiece of a team that tries to play fast and with a press that forces turnovers.

"She sets the tone really on the offensive and defensive end," Bacchus said.

That was evident in Tuesday's game. Against North Murray, Reed tallied several steals that led to easy baskets as the Lady Colts jumped out to a big early lead. When the Lady Colts were forced to play offense in the half-court, she'd pull up for a 3-pointer or drive with either hand in both directions for contested layups and runners. She had 13 points in the first quarter and 20 by halftime.

Reed said leading her team to wins is her top goal, but she's proud of her scoring success so far.

"I've always looked to set goals for myself and hopefully get to 1,000 points someday," she said.