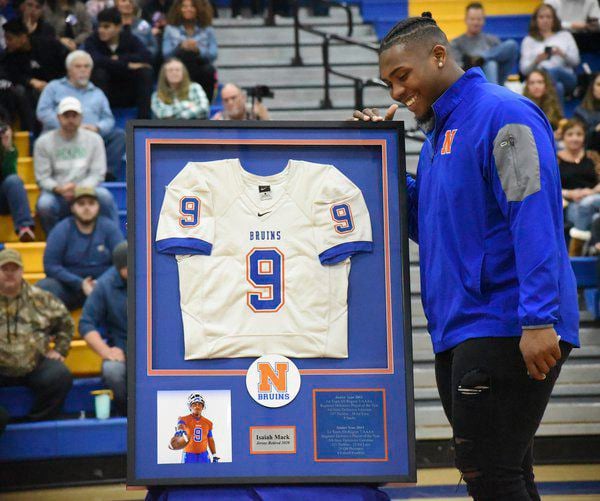 Isaiah Mack looks at his No. 9 jersey that was retired Friday night during a ceremony at Northwest Whitfield High School. Mack, a 2014 Northwest graduate, played this past season with the Tennessee Titans. 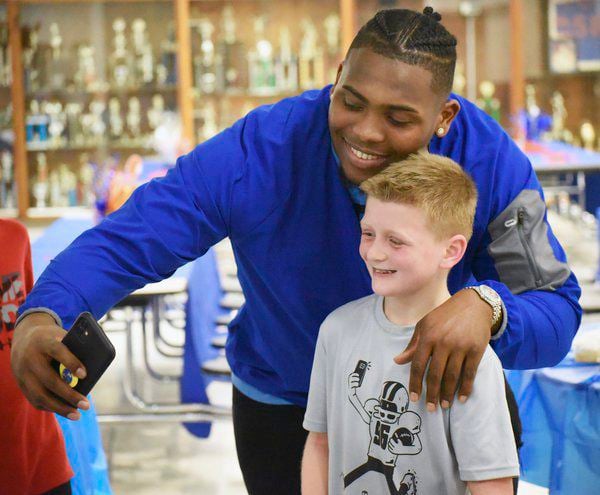 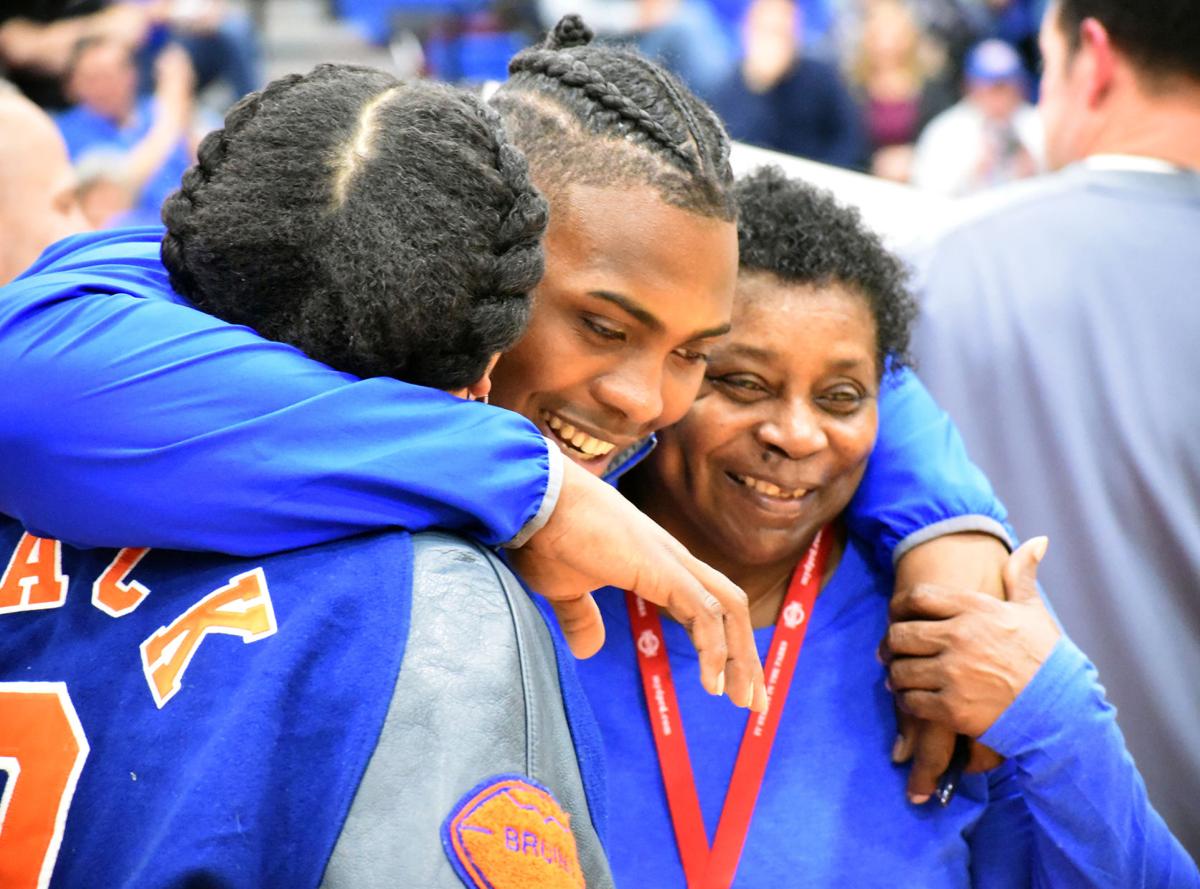 TUNNEL HILL -- This weekend, Isaiah Mack hoped to be preparing for a trip with the NFL's Tennessee Titans to Miami for Super Bowl LIV.

The Titans made a surprising run through the playoffs this month, falling one game short of the Super Bowl in a loss to Kansas City in the AFC Championship game last Sunday. So for Mack, a rookie defensive tackle with the Titans and Northwest Whitfield High School graduate, South Florida on Feb. 2 wasn't to be. But this past Friday night, he had a fairly nice consolation prize.

That's when Northwest retired Mack's No. 9 jersey during halftime of the varsity boys game, paying tribute to the 2014 graduate who became the first Bruin make a NFL team's roster and play in the league. During the ceremony, Mack was overwhelmed by the support he has received as the crowd chanted his name and cheered when his framed, retired jersey was unveiled.

In a dinner reception before the ceremony, Mack stood before family, friends and coaches and talked about the impact they had on his football career -- and life. As he stood in the Northwest cafeteria where he ate countless lunches as a student, Mack reflected on his journey.

"It's crazy," Mack told the Daily Citizen-News. "I remember coming in these hallways and seeing all the older guys. I can remember having lunch here, walking in all of those mornings. I would never have seen this coming. It's just an honor and it's amazing to see how much coach Robinson and how much Northwest has really had faith in me all these years, so I can be nothing but blessed about it."

Throughout the evening, Mack hugged people he had not seen in years. He posed for photos with friends who are also fans. Children asked him for autographs. Mack eagerly obliged, signing hats, T-shirts and even a kid's shoe. A cake with light blue frosting -- one of the Titans' colors -- had the words "Tennessee Titans #97," which is Mack's professional number. Mack's mother, Sequoyah, proudly wore her son's high school letterman's jacket. The now professional football player would have trouble squeezing into it.

Josh Robinson, the school's head football coach who coached Mack at Northwest, organized the event to honor Mack for his achievements.

"He graduated, he played football at such a high level and most importantly he got a degree," Robinson said. "He's done so well and we definitely wanted to do something to honor him. It's not every day that someone from this area or north Georgia plays in the NFL, so we wanted to recognize him for all he's accomplished."

Mack starred at Northwest on the defensive line. During his junior year in 2012, Mack racked up 137 tackles (30 for loss) and eight sacks. The next season, Mac recorded 121 tackles. Both years, he was the region defensive player of the year and made the all-state team.

The lightly recruited defensive tackle took a scholarship at nearby University of Tennessee at Chattanooga, where he finished third in program history in tackles for loss with 41 and fourth in school history in sacks with 21. He was the 2018 Southern Conference Defensive Player of the Year.

Mack went undrafted in 2019 and signed with Tennessee, just about two hours from his hometown of Tunnel Hill. Making a strong impression on the coaching staff, Mack played in 13 games, recording four tackles and 1.5 sacks. In a week 5 game against Atlanta on Sept. 29, Mack had the best game of his young professional career with two tackles and half a sack.

Six weeks into the season at 2-4, the playoffs seemed like a dream for the Titans. After a change in quarterback -- Ryan Tannehill took over for Marcus Mariota -- the team rebounded to finish the season at 7-3. Their 9-7 record was good enough for the sixth seed in the AFC playoffs.

Standing in front of the Titans in the opening round of the playoffs on Jan. 4 was a trip to play New England, the defending Super Bowl champions with one of the greatest quarterbacks (Tom Brady) and one of the greatest coaches (Bill Belichick) in NFL history. The Titans shocked the Patriots with a 20-13 win, then the next week took out the No. 1-seeded Baltimore Ravens on the road, 28-12. Tennessee's run came to an end against Kansas City on Jan. 19 in a 35-24 loss.

"That's all we did for those three or four weeks was play our hearts out and make plays," said Mack, who was inactive for the playoff games. "I'm glad it all worked out and I'm glad I got to experience the playoffs as a rookie. A lot of rookies don't get to make it to the playoffs. It was a beautiful ride."

"I've got an amazing group of guys that played their hearts out this year every game and left it all on the table," Mack said. "I'm just honored to be able to put my pads on with them boys and watch them go to work. Next year is our year."

This offseason, Mack -- a self-described "home guy" -- plans to spend time in Tunnel Hill and de-stress from the long grind of the NFL season. It won't be all rest, however, as Mack plans to train diligently and work to remain in the NFL.

When asked to sum up his career thus far, from the grass field at Bruin Stadium to the bright lights and huge stakes of the NFL, Mack grinned, then paused and needed only five words.

"It's been a helluva journey," Mack said.

A journey that he hopes continues for years.