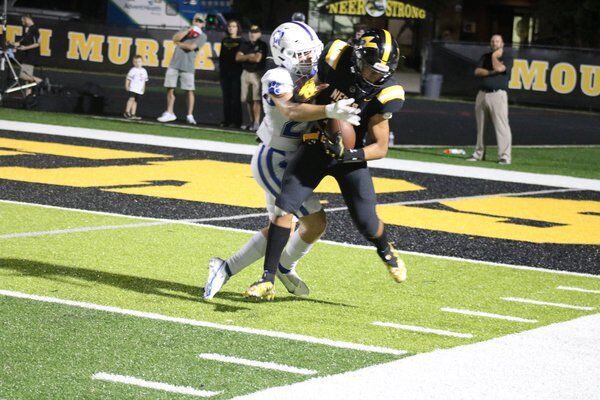 North Murray High School's Jadyn Rice hauls in a pass that he would take in for a touchdown against Ringgold. 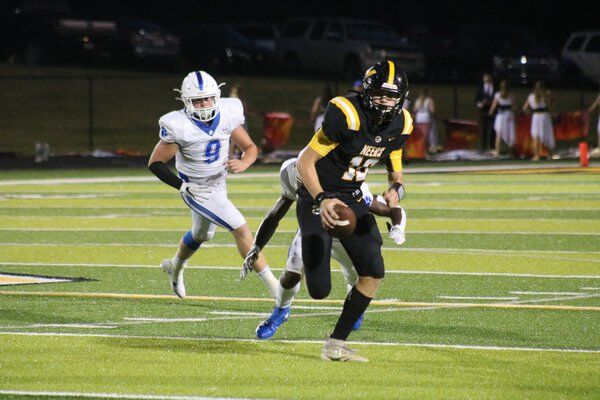 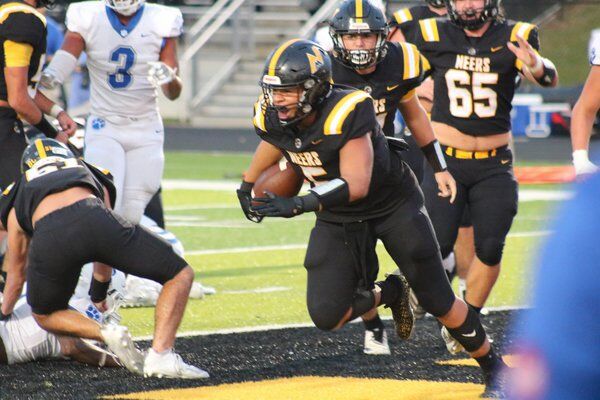 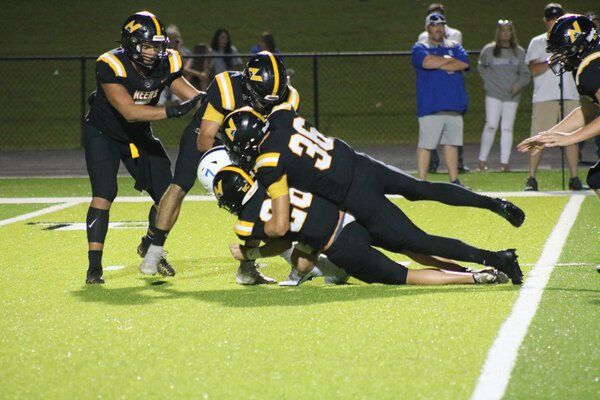 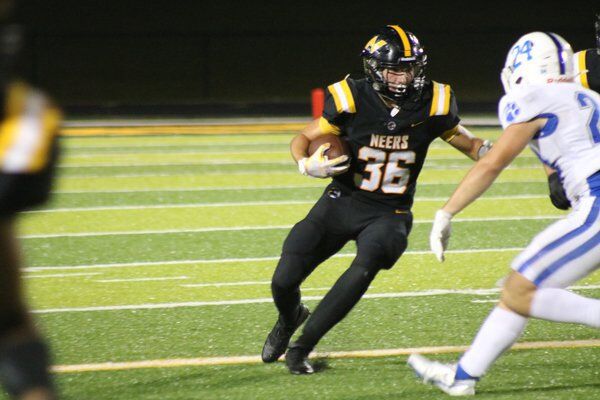 North Murray High School's Jadyn Rice hauls in a pass that he would take in for a touchdown against Ringgold.

CHATSWORTH -- Ringgold High School didn't need long to score each time they put up points on the road at North Murray Friday night, so the Tigers had to feel confident with the ball in a tie game with just over a minute left.

The game was knotted at 28 when Ringgold's Kori Dumas picked off Mountaineer quarterback Seth Griffin on the North Murray 44. Just like they had on each of their previous scoring drives, the Tigers moved quickly, and a few plays later Ringgold's Landon Eaker was setting up for a 43-yard field goal with 8.7 seconds left.

The ball eeked over the crossbar, and a game that appeared to be securely in North Murray's hands several times went instead to Ringgold 31-28.

"It was a heartbreaker," North Murray head coach Preston Poag said. "It's a momentum game, and, in the second half, they had the momentum."

The Ringgold (3-0) scoring drives were quick, but it took them a long time to put the first one together.

The Mountaineer (1-1) defense stymied the Tigers a few times in the first half of the Region 6-3A opener for both teams, picking off one Mason Parker pass and locking down on another Ringgold drive that started at the Tigers' one yard line.

Meanwhile, Griffin was making plays down the field through the air, and North Murray held a 14-0 lead after a Devin Hunte two-yard plunge and a 23-yard Griffin strike to Michael McDade.

North Murray seemed poised to go up 21-0 late in the first half, but a North Murray fumble inside the Tiger five was pounced on by Coleton Carlock, and the score remained 14-0 at the break.

Once the second half opened, the quick-strike Tiger offense made its first appearance.

Ringgold needed less than a minute after receiving the opening kickoff to march down the field, with Parker finishing with a 26-yard touchdown run.

The Mountaineers struck back after another deep Griffin pass to McDade got North Murray inside the five, and Griffin powered his way in, and the extra point made the score 21-7.

Griffin-to-McDade was a potent connection all night, with the pair connecting seven times for 121 yards.

Then, it was an in-rhythm Ringgold offense's turn, and Peyton Williams busted through for a long run to set up a Dumas touchdown.

No other player encapsulated the differing performances by Ringgold from the first to the second half quite like Williams.

After rushing for 12 yards through two quarters, Williams finished with 224 yards on 11 carries.

"We just let them score too easily in the second half," Poag said.

Early in the fourth quarter, North Murray's Owen Hannah punted for just the second time on the night, with both being downed at the Ringgold one yard line.

The first-half backed-up Tiger drive was quickly shut down by North Murray, but Ringgold needed just four plays to traverse the 99 yards -- the last a 79-yard scamper for a touchdown by Williams.

On the ensuing possession, Griffin hit a twisting Jadyn Rice, who somehow turned mid-air to catch the ball, then backed his way into the end zone while draped by a defender for a touchdown with 2:55 to go. North Murray led 28-21.

Yet another quick Ringgold scoring drive, this one two plays, ended in a 31-yard Dumas run to tie the game with 2:25 left.

After Dumas picked Griffin, Eaker was free to boot the game-winner to sink North Murray.

The Mountaineers look to bounce back in Region 6-3A action Friday when Coahulla Creek comes to Chatsworth.