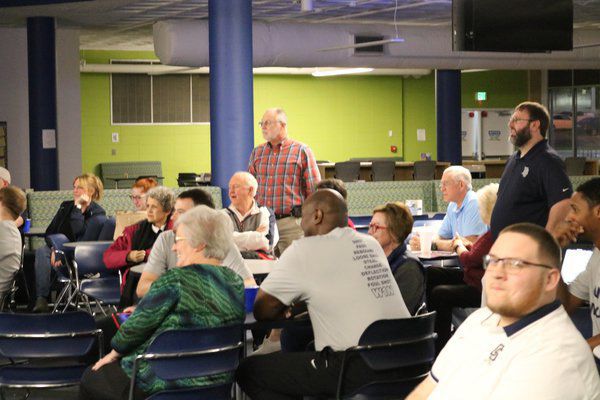 A crowd looks on at Dalton State College's Pope Student Center as the bracket is revealed Wednesday for the NAIA Basketball National Championship Tournament in Kansas City, Missouri. The Roadrunners earned a No.1 seed. 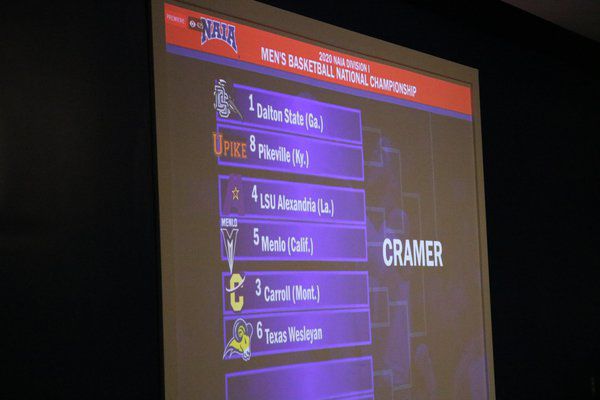 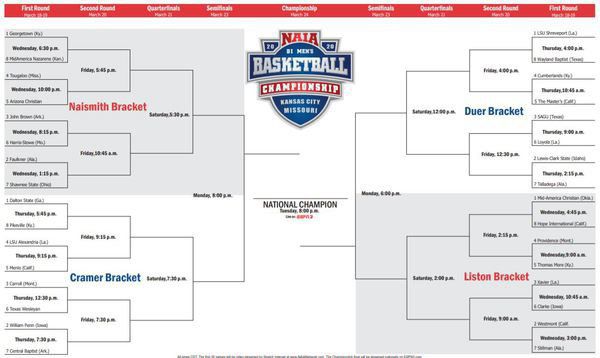 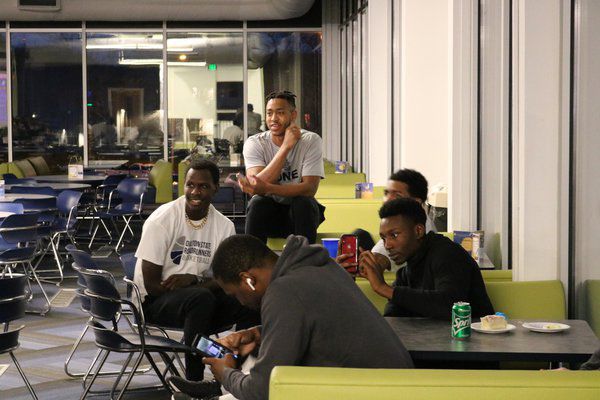 Members of Dalton State College's basketball team look on as the bracket is revealed Wednesday for the NAIA National Championship Tournament in Kansas City, Missouri.

A crowd looks on at Dalton State College's Pope Student Center as the bracket is revealed Wednesday for the NAIA Basketball National Championship Tournament in Kansas City, Missouri. The Roadrunners earned a No.1 seed.

Members of Dalton State College's basketball team look on as the bracket is revealed Wednesday for the NAIA National Championship Tournament in Kansas City, Missouri.

Members of the Dalton State College basketball team cheered Wednesday night as they saw the Roadrunner logo pop up on a screen next to a big numeral 1.

That No. 1 signifies one of four top spots in the NAIA National Championship Tournament to be played March 18-24 in Kansas City, Missouri. Dalton State earned the top seed in the Cramer bracket and begins play against eighth-seeded University of Pikeville (Kentucky) on Thursday, March 19, at 5:45 p.m. CST.

The team learned their tournament fate during a watch party at the college's Pope Student Center Wednesday night.

"It's a great feeling. You don't have any control, but you want to be seeded as high as possible," Dalton State head coach Alex Ireland said after the reveal. "Earning a one seed is a great feeling, but we still have a lot of work to do."

The Roadrunners earned an automatic bid into the tournament by winning three games in three days last week to win the Southern States Athletic Conference tournament. Dalton State (30-3, 17-3 SSAC) defeated Loyola University 79-70 in the finals on Saturday to earn the conference tournament title.

The Roadrunners will have to win five games in six days to win the national championship. Dalton State won it all in 2014-15, their first season eligible to compete in the national tournament.

"There are really good teams in our way," Ireland said. "Pikeville is an extremely tough first-round matchup. All four brackets have really tough teams, but I think ours looks particularly tough. It'll take a lot of hard work to get it done."

Pikeville, which received an at-large bid, made the tournament as the fifth team out of the Mid-South Conference with a 20-11 record. This is their eighth-straight tournament appearance.

The Roadrunners are joined in this year's tournament field by fellow SSAC foe Faulkner University, which earned an automatic bid by winning the regular season conference crown. Faulkner is seeded second in the Naismith bracket. Loyola and Stillman College, who Dalton State defeated in the semifinals of the SSAC tournament, also were selected as at-large bids into the NAIA tourney, earning No. 6 and No. 7 seeds respectively.

The conference championship was the first for the Roadrunners since the 2016-17 season and the first under Ireland, who is in his second season at the helm. Dalton State last made the NAIA tournament in 2017-18, where they fell in the second round to William Penn University.

"It's such an honor to be able to lead this program," Ireland said. "It's a privilege to be able to represent the program and the institution on a national stage."

Ireland said the team will continue to practice throughout the week in preparation for the national tournament. The Roadrunners will travel to Kansas City on Monday ahead of their first-round game next Thursday.

"We're going to work on us for a couple of days," Ireland said. "As we get toward the end of the week, we'll start tailoring a little bit towards our opponent. We're just trying to be the best we can be."