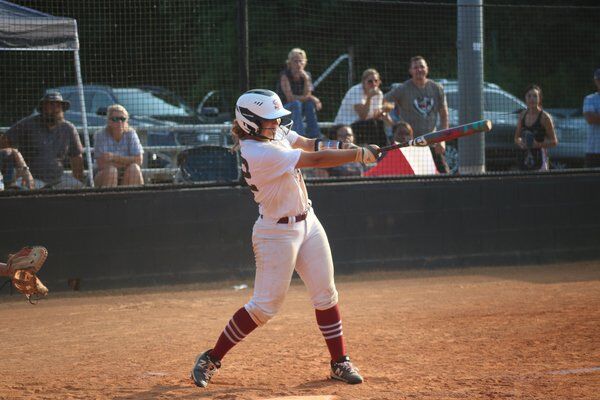 Southeast Whitfield High School's Mayliah Williams puts a ball into play in the first game of a double-header Tuesday against Central Carrollton. 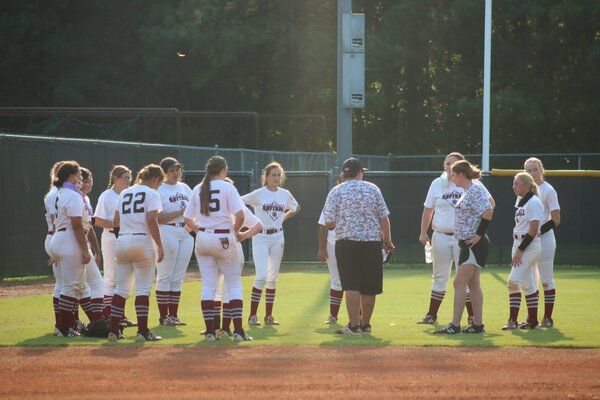 Southeast Whitfield High School's Mayliah Williams puts a ball into play in the first game of a double-header Tuesday against Central Carrollton.

The Lady Raiders didn't tally a hit in the first game against Central's Karley Fuller. In the second game, Southeast managed to score four runs, but couldn't put up enough offense. Madison Powell was 4-for-4 with two RBIs, and Mayliah Williams was 3-for-4. Megan Towe also had an RBI after her 2-for-4 performance at the plate.

Southeast makes a return trip to play at Central on Thursday at 5:30 p.m.

Coahulla Creek (13-2) and Northwest Whitfield (9-3) both had strong pitching, but Creek's Sophia Voyles helped the Lady Colts to the shutout of Northwest 2-0 in Tunnel Hill Tuesday.

Voyles allowed just one hit, struck out 16, and walked four, while a pair of mid-game runs was enough to move Coahulla Creek past Northwest and Kylie Hayes, who struck out 10 and didn't walk a batter.

A Steahl Smith single in the third inning scored Tatum Poe, while an Emma Snyder sacrifice bunt sent home Jillian Poe in the fourth for the second and final run of the night. Tatum Poe also finished 3-for-3 for the Colts.

Hayes tallied the lone hit of the night for Northwest, going 1-for-2.

Coahulla Creek travels to play Lakeview-Fort Oglethorpe today at 5:30 p.m., while Northwest plays in a tournament in Carrollton starting Saturday.

The Lady Cats play at Northwest Whitfield Thursday at 6 p.m.

Christian Heritage hosts Sprayberry and Bremen for a tri-match Thursday starting at 5 p.m.