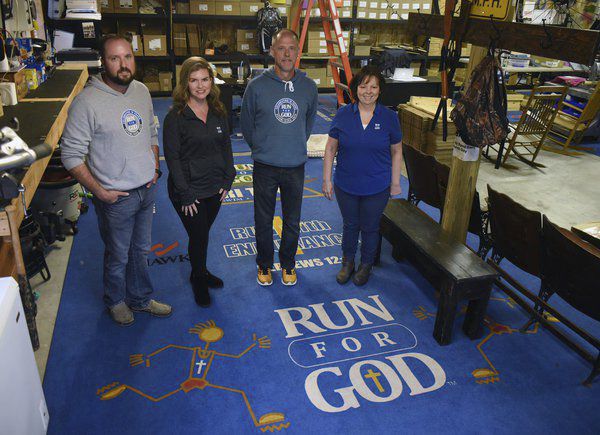 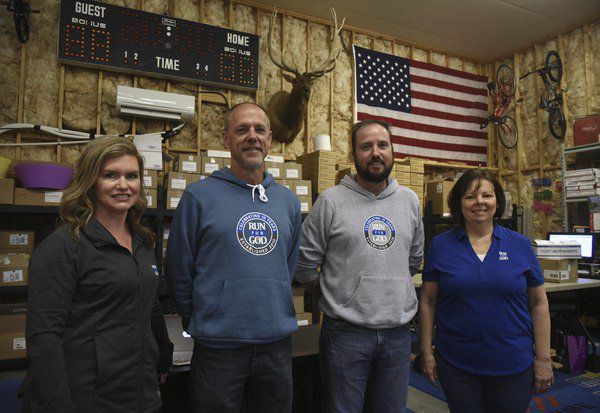 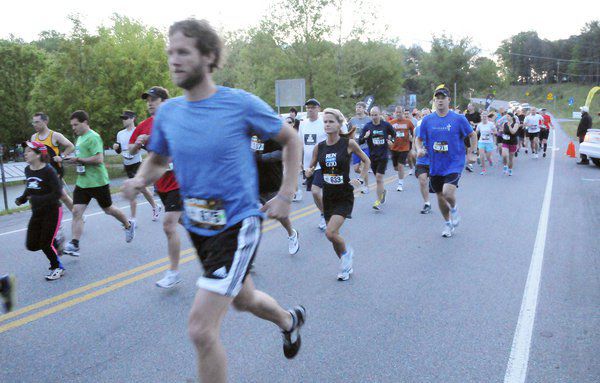 Runners begin Run for God's Run at the Mill in this file photo from 2012. 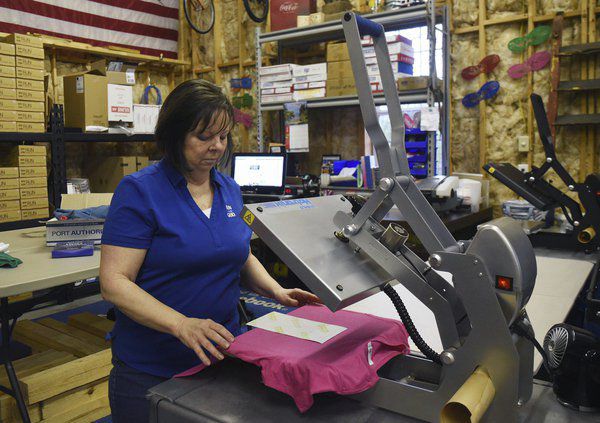 Gaye Coker puts a logo onto a T-shirt.

Runners begin Run for God's Run at the Mill in this file photo from 2012.

Gaye Coker puts a logo onto a T-shirt.

A decade ago, Run for God was a stack of papers and an idea for Dalton resident Mitchell Hollis.

Today, Hollis, wife Holly Hollis, Gaye Coker and Dean Thompson are the braintrust behind an international ministry that has reached more than 200,000 students, both young and old.

"People would call me up and ask about how to join Run for God," Mitchell Hollis said. "This is not a program, this a stack of notebook paper on my desk. Sorry."

That original stack, hand-compiled by Hollis a little over 10 years ago, quickly became a 12-week program designed to help a participant develop into a runner with a stronger Christian faith.

The four run the program out of the Hollises' home north of Dalton. There, they create, package and ship student manuals, instructor guides, T-shirts and devotional stories around the world. A garage-like outbuilding originally held the Hollis family camper, but now is packed to the brim with boxes of books, with enough space in the center for desks and workspaces for the four.

"I call this Mitchell's ark," said Coker. "They built in 2004, not knowing they would need it for Run for God, but God did."

"People think that we're this huge ministry," Mitchell Hollis said. "But it's just the four of us."

Mitchell Hollis began developing the seeds of the ministry in late 2009. Hollis, a former builder by trade, had begun running in 2008, and quickly began to enjoy it. That's when HR Poe, a fellow member of Grove Level Baptist Church, approached him.

"It got to be all that I talked about and all I wanted to do," Mitchell Hollis said. "He confronted me one day and said 'Mitch, don't let running become your God.' I either needed to give it to God or give it up."

"There's a whole list of things in our society today that can come between someone and God," Hollis said. "That was me with running. I didn't see it at the time, and that's why it offended me."

Hollis first decided to give running to God by designing and printing a few T-shirts to wear in hopes that people would see and ask about God. The shirts featured a slender runner, affectionately known as "Sticky," and the Run for God moniker that would become the nonprofit's name.

"A lot of people asked 'What is the deal with that T-shirt,' and I would get to tell them," Hollis said.

Before long, Grove Level's churchgoers were signing up for a class taught by a reluctant teacher in Hollis. Fourteen, including Coker and her husband Shannon, showed up to the first class, led by Hollis and his stack of notes.

The 12-week program included 12 lessons with a Bible study component and information on how to develop good running habits and train for more endurance. Students would graduate at the end of a 12-week period by running a 5K (3.1 miles) timed race.

"It draws the parallels between faith and endurance," Hollis said. "Motivation, getting up and doing it when you don't feel like it, pushing through the hard times, that's exactly like our walk with Christ."

When other local churches began to ask to join the program, Hollis began to see that his program could help people. Hollis called LifeWay, a publisher of Christian books and Bible studies.

"I just knew there would be a Bible study already written. Much to my surprise, it wasn't there," Hollis said. "Long story short, within an hour and a half, we had a book deal."

Hollis began sending the student manuals and instructor packets to churches and groups that wanted one. At first, it was a one-man operation.

"I was trying to help him out, because he was doing everything himself in the very beginning," Holly Hollis said. "I didn't have any doubts whether he could do it or not. If you know Mitchell, you know he doesn't half do anything."

Holly began to help out between shifts in her job at a hospital before devoting her full attention to the ministry. She and Coker help answer customer emails, print T-shirts, prepare shipments and whatever else is needed.

Coker, a retired teacher, was led to help run the ministry after her initial experience in the original class.

"We've seen lots of thank yous and lots of stories, but my husband and I are one of those stories," Coker said. "I believe God brought me to this. I'm so thankful for this ministry, for what it's done for our marriage and our lives."

Thompson, who joined the group after running in a race sponsored by Run for God, compiles and writes stories from what Mitchell describes as a "real runner" for a devotional book.

The head coach of the women's track and field and cross country programs at Dalton State College, Thompson ran track during his time in college at the Georgia Tech.

That race left an impact on Thompson.

"There's no telling how many thousands of events I've run in my life, but there's something different about our events," Thompson said. "It's very family-oriented race."

A decade after the first class, the group recently released the fourth edition of its book, "Run for God: The 5K Challenge." The ministry now publishes an accompanying podcast, YouTube videos and recently launched a run club for students that want to continue the program, but need a bigger running challenge.

"We've kind of gotten with the times," Hollis said. "People will go through the class, then a lot of people come back and did it again. So we created the run club. This is the what's next for them. We have training plans in there all the way up to a marathon."

"Being a constant encouragement is part of what run club is all about," Thompson said.

The addition of a digital medium allows more students to have access to the program.

"We have 12 podcasts where we're basically teaching the class if you don't have an instructor in your hometown," Hollis said. "That's going to be a big game changer for us. Now we've opened the door for the masses, not just people who have an instructor."

Instructors, however, are still important parts of the ministry, Hollis said. They help instill accountability for students that may have trouble keeping motivated on their own.

"They're not just up there teaching," Coker said. "They stay as an encouragement throughout the week. They're the backbone of this whole ministry."

The core message of the original 12-week program remains the same, Hollis said. One major change in the third edition added more information on how to become a Christian.

"What we started realizing is that a large percentage of classes across the country were just coming to run," Hollis said. "They didn't care about the whole God part. That was added a few years ago."

Where the early days of the ministry saw mostly church interest, the customer base has expanded.

"We're not only just in churches," Coker said. "We have military bases that want instructor kits. We're also in prisons. It's really a huge outreach to a community."

For more information on Run for God, visit runforgod.com.