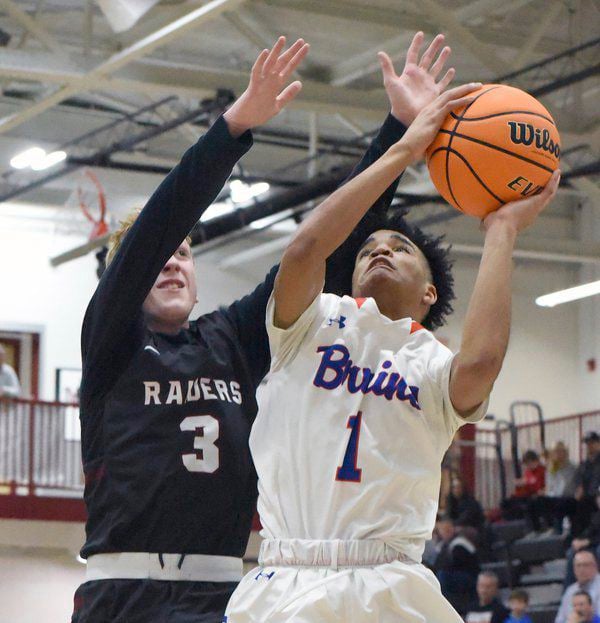 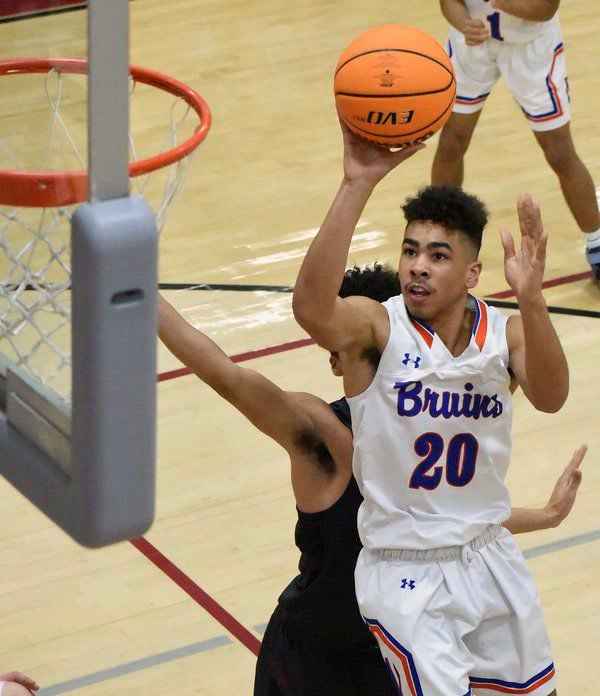 Northwest Whitfield High School's Payton Baker sinks a basket in the third quarter against Southeast Whitfield Tuesday in the Region 6-4A basketball tournament at Southeast.

Northwest Whitfield High School's Payton Baker sinks a basket in the third quarter against Southeast Whitfield Tuesday in the Region 6-4A basketball tournament at Southeast.

The Lady Indians lost to Lakeview Fort-Oglethorpe, 37-31, in the second round of the Region 6-3A tournament at North Murray High School.

Murray was the No. 6 seed while Lakeview Fort-Oglethorpe was No. 7. For the Lady Indians, Ella Dotson had 13 points while Jordan Swanson scored eight points.

The Lady Lions lost in the second round of the Region 6-A tournament at Mt. Bethel to Mt. Paran, 55-40. Mt. Paran was the No. 2B seed and Christian Heritage was No. 3A.

For the Lady Lions, Haddie Chambless and Faith Humphrey each had 12 points while Madison Brown had six points.

Christian Heritage will make the state playoffs and will likely host a first round game. The Lady Lions are 17-6.

Dalton lost in the first round of the Region 6-6A tournament at Dalton High to Sprayberry, 65-60.

Dalton was the No. 4 seed while Sprayberry was the No. 9 seed. For the Catamounts, Frank Almonte had 21 points while Sam White scored 20 points.

The Colts' season came to an end in the second round of the Region 6-3A tournament at North Murray High School with a 57-34 loss to Adairsville.

Coahulla Creek was the No. 7 seed in the tournament while Adairsville was No. 6. Adairsville plays Murray County today at 5:30 p.m.

The Bruins locked up a state playoff berth with a win over Southeast Whitfield in the first round of the Region 6-4A tournament at Southeast, 79-34.

Northwest is the No. 2 seed while Southeast was No. 7. Northwest plays Pickens at 5:30 p.m. on Thursday in the semifinals at Southeast.

Every Bruin scored Tuesday night with Blane Greene leading the way with 21 points. Jack Brock and Kooper Pardee each had eight points. The Bruins are 16-10.

For Southeast, Cal Rich had 14 points and 11 rebounds while C.J. Watkins scored 11 points.

The Lady Catamounts' season ended Monday night in the opening round of the Region 6-6A tournament at River Ridge with a loss to South Cobb, 64-51.

The Lady Colts lost to Pickens, 3-2, in their opening game of the season. Scoring goals for Coahulla Creek were Brissa Alvarado and Delia Navarro Navarro. Ana Silva had an assist.

The Lady Raiders got their season off to a good start with a 4-3 win over Cass. Four Southeast players had goals: Nancy Altamirano, Giselle Cortez, Karla Hernandez and Erandy Reyes.