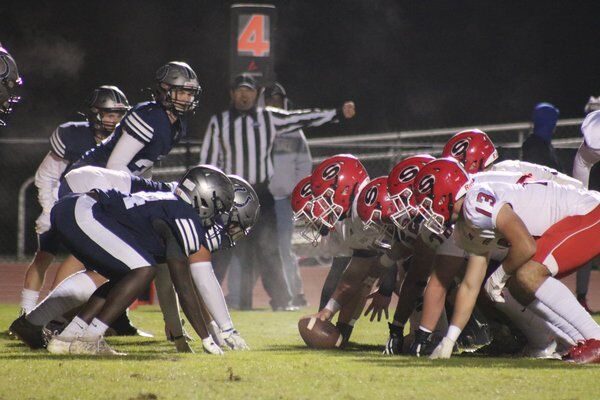 Coahulla Creek High School's defense lines up against Sonoraville on a fourth down Friday. 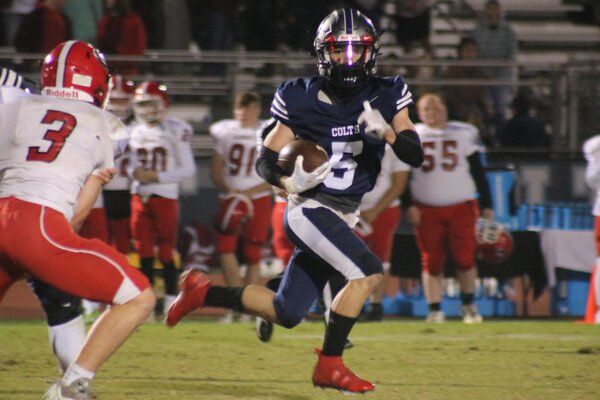 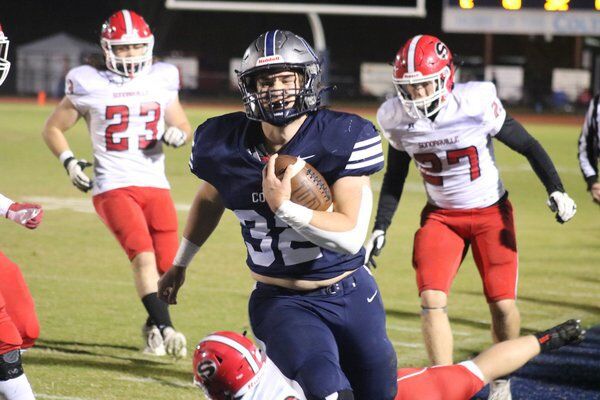 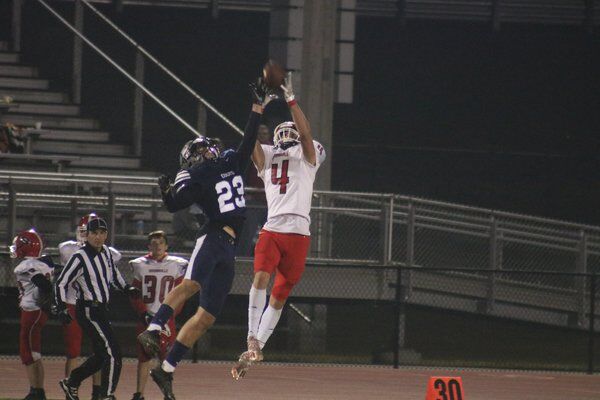 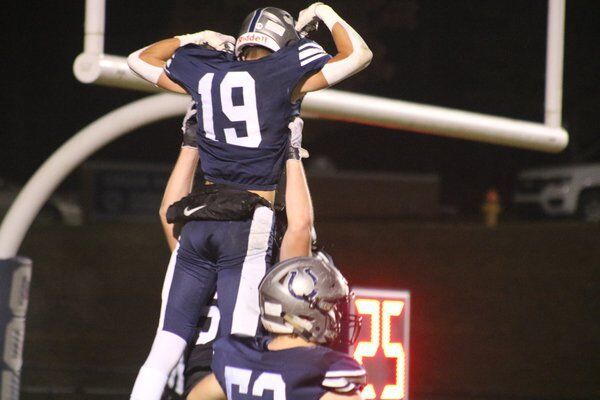 Coahulla Creek High School's Justin Baker is lifted in celebration after catching a touchdown pass in a game against Sonoraville Friday. 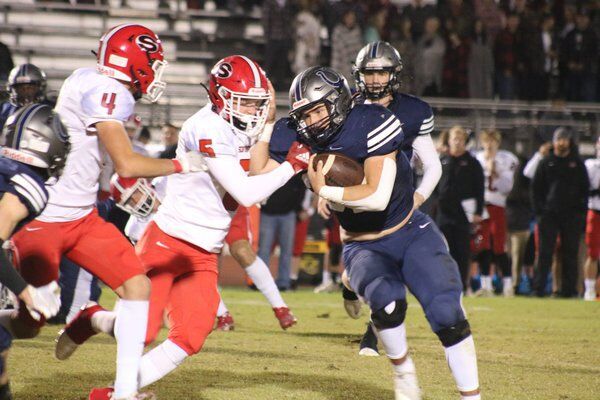 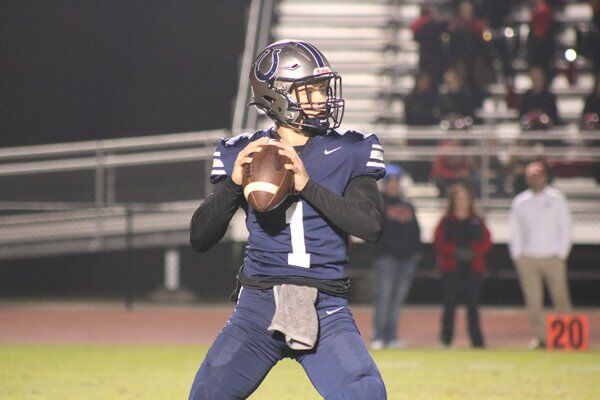 Coahulla Creek High School's defense lines up against Sonoraville on a fourth down Friday.

Coahulla Creek High School's Justin Baker is lifted in celebration after catching a touchdown pass in a game against Sonoraville Friday.

Instead, Phoenix quarterback Jaxon Pate burned the Colts for five passing touchdowns to spoil the ending for Coahulla Creek. Sonoraville pulled away in the second half and downed the Colts 48-18.

In its tenth season of football, Coahulla Creek (4-6, 2-6 Region 6-3A) finished the season with four wins, doubling its previous school record for most wins in a year. The Colts dropped four straight to end the year against tough Region 6-3A competition, including Friday night's result against Sonoraville (6-4, 4-4 Region 6-3A).

Before Pate got the Sonoraville passing game firing, the first half was more of a defensive battle than the air-raid second. The Phoenix got on the board first with a one-yard Brant Bryant rushing score.

After the Colts' defense got a fourth down stop, the Coahulla Creek offense got going.

A heavy dose of Tyler Locklear runs helped the Colts grind their way down the field, and the senior runner, playing in his final high school game, plowed into the end zone from five yards away. The extra point was blocked, so Sonoraville led 7-6 in the second quarter.

Cue Pate. He hit Zach Lyles on a screen pass, and Lyles snaked and sprinted for a 74-yard score. Another long Pate pass got the Phoenix down the field with little time left in the half, but a field goal was pulled right, leaving the score at 14-6 at the break.

After halftime, Pate didn't need long to prove he'd figured out the Colt defense. A deep bomb was caught by Nicholas Beddington, and a shovel pass to Bryant went 38 yards for a score on the next play with just over a minute off of the game clock since halftime.

The Colt offense again responded to keep the game within reach at the time.

Quarterback Kace Kinnamon found Aiden Patterson on a slant, and Patterson jetted 66 yards to the Sonoraville 14 after making a move. Two plays later, Kinnamon pulled out his best escaping act, scrambling to one sideline, reversing field, sprinting toward the other, making a defender miss and -- amid cries of "throw it away" from the sideline -- finally hitting an open Justin Baker in the back of the end zone for a score. After a failed 2-point attempt left the score at 21-12, Pate hit on a long pass play again, getting the benefit of a stumbling Colt defender as Bryant ran in unabated for a 65-yard score after making the catch.

Coaulla Creek's Tyson King briefly delayed the second-half offensive onslaught when he corralled a tipped pass in the end zone for an interception late in the third, but Pate kept firing. He found Lyles again for an 11-yard score.

Beddington ripped down an interception from Kinnamon, and Pate found the interceptor for a 19-yard strike to make the score 41-12 early in the fourth. After the Colts marched to the Sonoraville four, Hayden Ross grabbed a Kinnamon fumble and raced back 96 yards for the punctuating score. Sonoraville led 48-12 with 3:09 to go.

Locklear added a late touchdown to cap the scoring.

The game was the season finale for both teams. Sonoraville missed out on the playoffs, finishing fifth in the region. Coahulla Creek finished seventh.