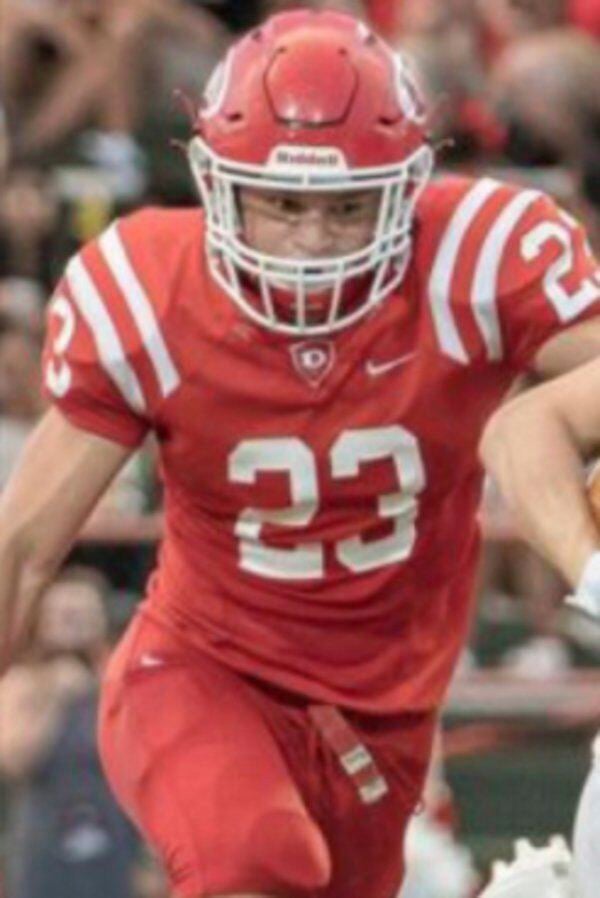 David Garcia was a defensive lineman and captain of the football team at Dalton High School. 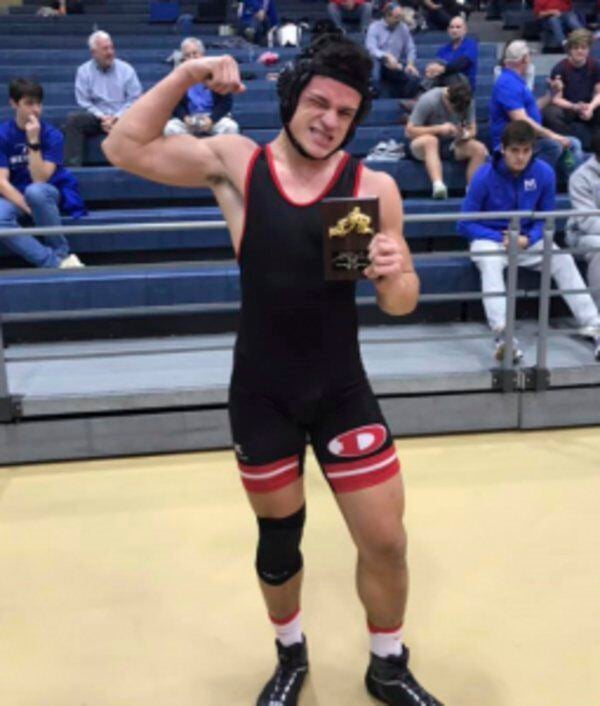 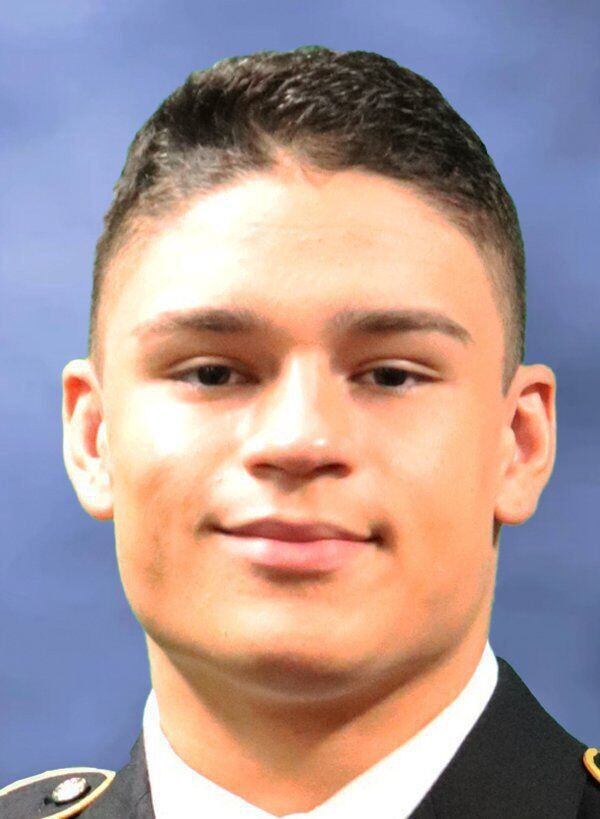 David Garcia was a defensive lineman and captain of the football team at Dalton High School.

"The first time I ever became interested in West Point was when I found out that they give you a sword at graduation," Garcia laughed. "That definitely caught my attention as a freshman."

Now, the three-sport athlete at Dalton is wrapping up his senior year, preparing to head to West Point, New York, to began working toward that cadet sword.

"I kept researching and looking," Garcia said. "I have always felt a call for leadership of some sort. I love bringing up the people around me. I think leading is about serving, and that's what West Point is all about. It has a level of education that can compete with any institution, and it's focused around cultivating leadership that lasts a life time. That really drew my attention."

Garcia competed in football, wrestling and lacrosse during his time at Dalton, only suiting up for lacrosse essentially during his senior year because the season was canceled after one game because of the COVID-19 pandemic in his junior year.

If you ask Garcia's lacrosse coach Jeff Hutchinson, there isn't a person better suited to pursue a lifetime of leadership than Garcia.

Hutchinson tells of a trip the team made to a road game. Afterward, the team was in a McDonald's ordering food when a man walked in who needed food but couldn't pay.

"I look over, and next to him is David Garcia, not just ordering him a meal, but making sure he had everything he wanted and ordered him a second meal," Hutchinson said. "$17 is a lot for a high school kid at McDonald's. He bought it and just said 'Hey, have a good day sir' and walked away."

"I've never seen anyone else do this," Hutchinson said. "The man went up, put his head and shoulder on David and said 'Thank you and God bless you.' David just said 'You're welcome sir' and walked away. I've never seen that, and David just walked away like nothing happened. That's who he is, and it's unbelievable."

Garcia said he owes much about his attitude to his time at Dalton High, specifically in sports.

"The teams do so much for the players, providing stability and family for a lot of guys that don't have that. Football is a staple in Dalton's culture for a wonderful reason," Garcia said. "It really takes young men and teaches them the values that are necessary to be an adult some day and be a father and a husband."

Garcia found success as a defensive end on the football field and as a wrestler, where he was Region 5-6A champion and placed fourth at state in his 170-pound weight class. He decided to try out for the lacrosse team in his junior year after deciding to stop competing in track and field.

"I only got to play one game last year because of the season being canceled because of the pandemic," Garcia said. "I'll be honest, I came into practice just trying to not be the worst."

Garcia did better than that. He eventually secured a spot handling face-offs for the lacrosse team.

"It's arguably one of the hardest spots to do, but he came in, first year, and did it," Hutchinson said.

"I got a lot better throughout the year," Garcia said. "I ended up getting better than 50% for the season."

Garcia's time in high school athletics have taught him a lot about work, he said, and played a role in his decision to go to West Point and pursue a military career.

"Wrestling will make you very gritty, very strong, and it'll teach you to fight through adversity," he said. "It's you against one other person, with no team to back you up. Wrestling will help you succeed in any setting if you're good at it, especially the Army."

Garcia spent part of last summer completing basic training in preparation for his time in college. He finished second in his company of 240 in physical fitness tests. The first-place finisher? Another high school wrestler that Garcia had made fast friends with.

"It was probably the best time in my life, and people look at me funny when I say that," Garcia said of basic training. "I probably met more like-minded people last summer than I have my whole life here."

When he wasn't on a field or mat in his high school time, Garcia was finding success in other places. He's a National Advanced Placement Scholar, a distinction given to the less than 1% of high school students that score four or higher on eight AP exams. He was also selected as Dalton High's Daughters of the American Revolution Good Citizen.

Garcia says he loves the Dalton area, and he has more perspective than most on what he considers the benefits of small-town life.

"I could talk all day about how much I love Dalton," Garcia said. "In fact it makes some people sick sometimes."

Garcia has lived most of in Dalton, but his parents are from Colombia in South America. Garcia said his family spends a few weeks every year visiting extended family in the country.

"Our family over there lives in pretty much steep poverty," Garcia said. "We love them, and it's wonderful, but it gives you appreciation for what we have here. It really gives you perspective to see all that."

Hutchinson's had a long career in coaching, but his one year with Garcia left an impact.

"I have probably coached well over 1,000 kids over 30 years," Hutchinson said. "David Garcia? I would put him in the top-five in absolute character, heart and determination."