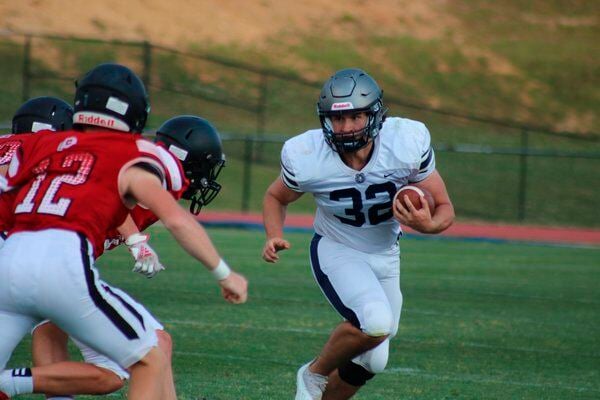 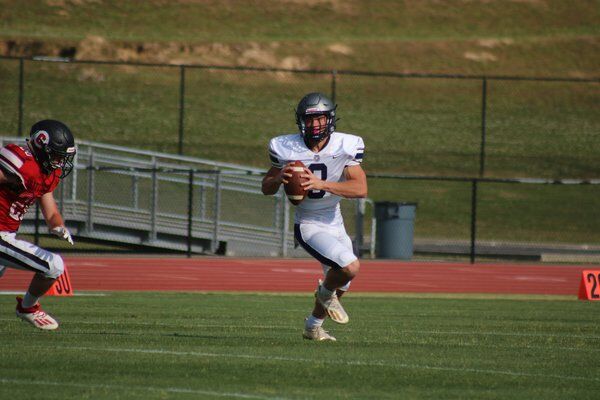 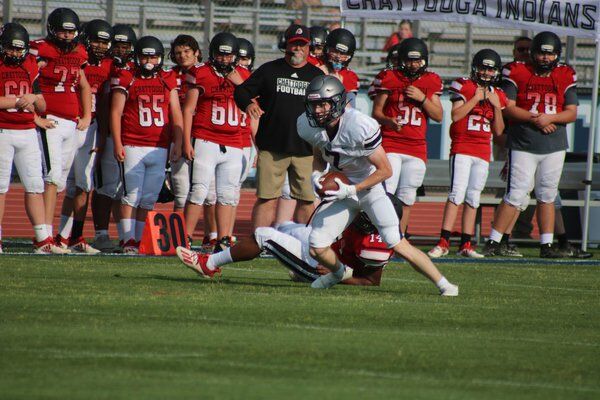 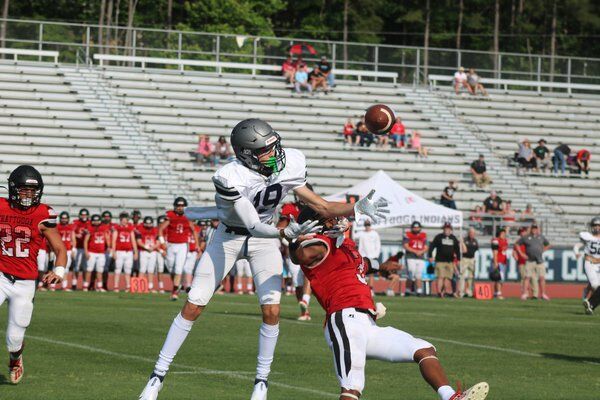 Coahulla Creek High School head football coach Danny Wilson has been on the job since January 2020, but Thursday night marked his first chance to evaluate his Colts during a spring football scrimmage.

The Colts welcomed Chattooga Thursday night, and, despite an early deficit, rounded out the game with a 21-18 loss as both sides sent less experienced players onto the field in the latter stages.

But that scoreboard result wasn't Wilson's focus Thursday night. It was a chance to see his players compete in a live scenario a few months out from the start of the regular season in August. That's something Wilson, or any other high school football coach in Georgia, didn't get to do last year with the COVID-19 pandemic shutting down spring sports and school activities.

"It was good to just see the guys out there competing," Wilson said. "We're excited because we're old. For the first time in a few years at Creek, we won't have to rely on sophomores. We've got a few guys that can do some things with the ball."

Unlike Wilson, new Dalton High head football coach Kit Carpenter got a period of spring practice ahead of his first season. Carpenter took the reins of the program in February after Matt Land stepped down. Carpenter and the Catamounts concluded spring ball with a scrimmage against Heritage last week.

"We've been letting guys compete on both sides of the ball to try to find the best fit," Carpenter said.

Carpenter has familiarity with the program and its players, despite stepping into the new role as head coach. Carpenter is a Dalton High graduate and was the defensive coordinator since 2009.

"It's been pretty similar," Carpenter said of his transition to head coach. "There's just a little more paperwork to do."

The Catamounts finished 2-7 in 2020, and Carpenter's turnaround task began in earnest with spring practice.

The Colts, meanwhile are looking to keep making progress as a program. After a 2-8 finish last year, Coahulla Creek brought in former state-championship winning head coach Vic Grider, who made a career for 22 years as the head man at Tennessee's South Pittsburg, to join the coaching staff in April.

"He's been here to help out in spring," Wilson said. "I think he's excited to help with the program and not have to face some of the head coach questions."

Southeast's Todd Murray also got his first spring practice as head coach this year after debuting as head coach in 2020. The Raiders are looking to keep building after a 1-7 finish got the Raiders their first victory in almost two years.

Christian Heritage, Northwest Whitfield and North Murray all head into the summer looking to retool for another playoff run, while Murray County hopes their spring and summer work will help yield a return to the playoffs for the first time since 2005.