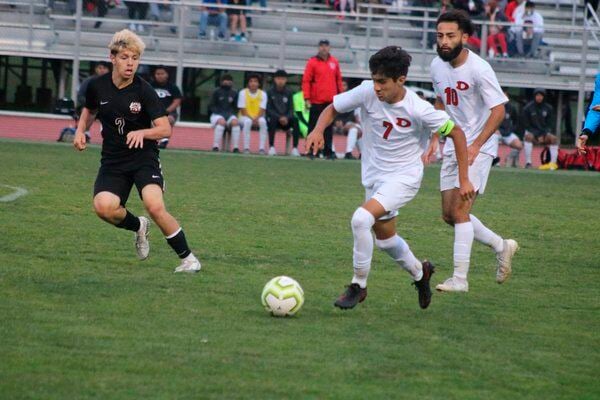 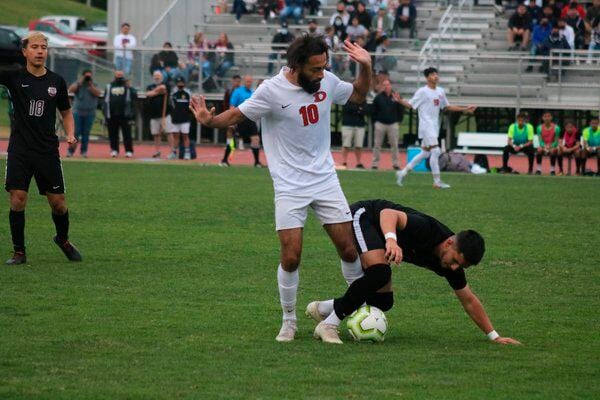 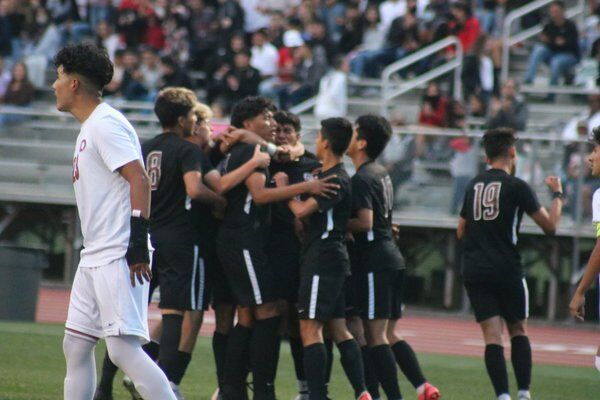 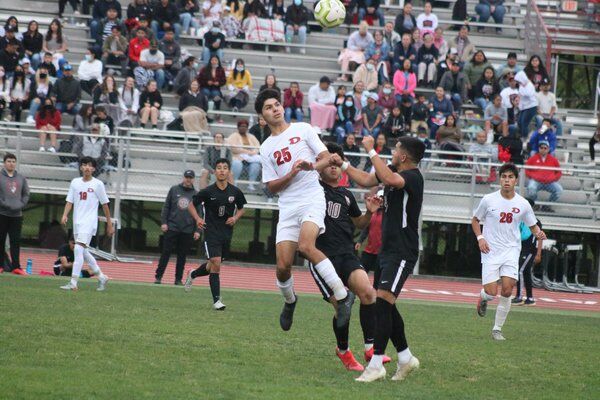 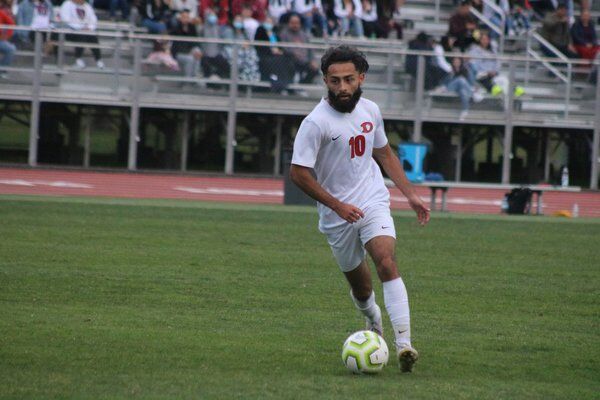 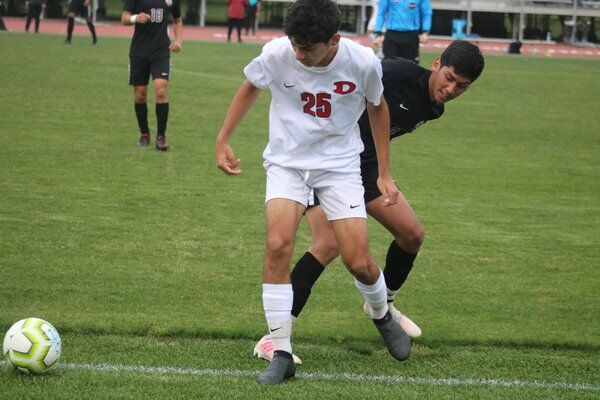 After two games, 160 minutes and eight combined goals, a winner still could not be declared between the boys soccer programs at Dalton High School and Southeast Whitfield.

The teams played early in the season at Dalton, and that one ended in a 1-1 draw. Friday night at Southeast, an overflowing crowd of fans watched a pressure-packed cross-town rivalry game that, again, ended in a tie at 3-3.

"Any time that Southeast and Dalton play, it doesn't matter what the records are, it's going to be a good game," said Southeast head coach Hector Holguin after the game. "The fact that we both won the region and are both undefeated made it a little more hype."

It was the final night of the regular season for both teams that dominated their schedule, save for the games against each other. Dalton ended the season as Region 5-6A champions at 15-0-2, with both the blemishes coming against the Raiders, while Southeast won the Region 7-4A crown while finishing undefeated as well at 13-0-3, with another draw against Class 7A South Gwinnett on their record.

"It's always a great rivalry game with us and Southeast," said Dalton head coach Matt Cheaves.

Late in the game Friday, it appeared Southeast might catch the upper hand on their Class 6A rivals. The game remained tied at two until, with 6:12 left in the second half, Julian Hernandez of Southeast found room in the right side of the net and put the Raiders up.

The Southeast crowd erupted as a jubilant Hernadez sprinted into a mob of celebrators on his bench.

Dalton still had time, though. After a few close calls that ended with saves by Southeast's Eddie Rodriguez, Dalton's Ivan Ceja was able to boot one from long range that was high enough that Rodriguez could only scrape with his outstretched gloved hand. The ball trickled into the net, and it was the large Dalton crowd's turn to exclaim.

The clock ticked down from there with neither able to get a tie-breaking goal. Southeast had a free kick with eight seconds to go, but Dalton managed to deflect it away.

"We're extremely disappointed in these two ties, but that's why we play these games to get better and get ready for the playoffs," Cheaves said.

Dalton scored first in the Friday night fight. Fabian Rodriguez stepped in front of a Southeast pass and netted one after 20 minutes had passed in the first half.

Southeast knotted it at one with 11 minutes to go in the first when Joel Fraire sent a goal home on a free kick.

After halftime, Southeast needed just 25 seconds to score and take a 2-1 lead, before Rodriguez scored his second goal of the night on a penalty kick with 20 minutes left.

Both teams now turn away from the strong competition inside Whitfield County toward the playoffs in their own classifications.

Southeast will host Arabia Mountain, the fourth seeded team in Region 6-4A next Friday in the first round. Dalton will play Region 8-6A's Winder-Barrow the same day.

"We love this rivalry at the end of the season so we can get ready going into the playoffs," Holguin said. "I feel like it helps us get ready, and our team is ready to make a run at it."

"This does nothing except make us stronger," Cheaves said. "Our goal is to win a state championship, and that goal is still there."

Earlier in the evening at Southeast, the Dalton girls team got a shutout victory to finish up their regular season schedule.

Dalton, the top seed in Region 5-6A, hosts Habersham Central in the first round of the playoffs on Thursday, while Southeast will travel to Druid Hills.