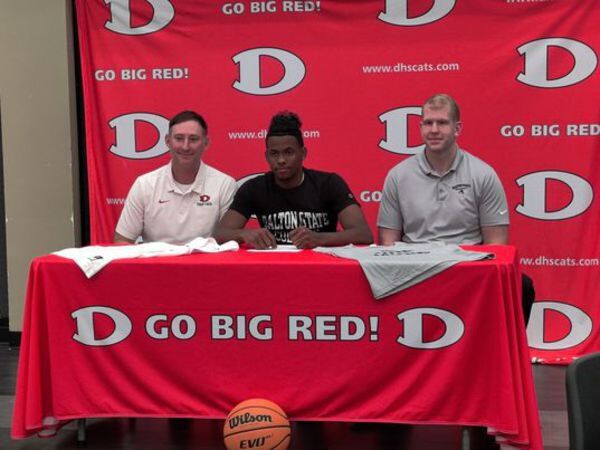 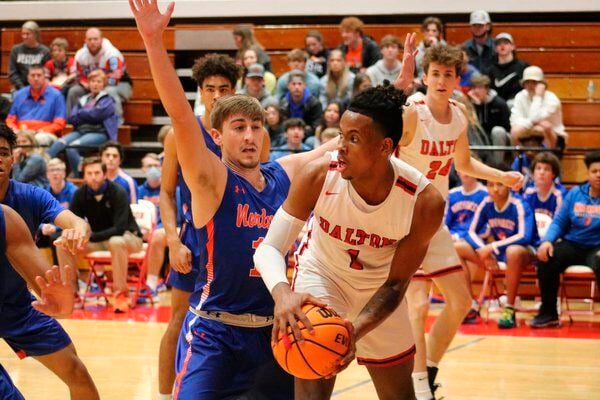 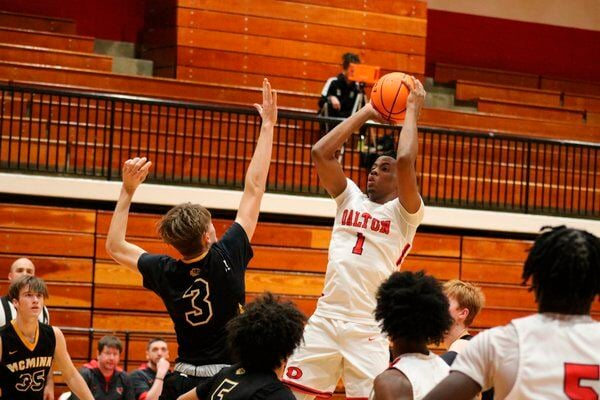 "I wanted to stay as close to my hometown, close to my family and brothers, as possible," Almonte said. "I just wanted them to be able to watch me play in college."

That family was on hand Tuesday at Dalton High for a signing ceremony for Almonte.

Dalton High head coach Ryan Scoggins said the opportunity to play in college in Dalton is a great one for Almonte.

"He's such a people person," Scoggins said. "He needs to be around his family and his home. Once the Dalton State opportunity started to materialize, I just felt like it was a great fit."

Almonte is the first college signee for Scoggins since he took over the Dalton program in 2019.

"He's going to have to work," Scoggins said of Almonte. "They're a great, great program. He's going to get there and see what high-level basketball players he has to compete with. I'm just excited he's going to get to stay home and continue to be successful right here in Dalton."

Almonte joins a Dalton State program that's looking to get back to its traditional successes after a down year in 2020-21. Dalton State finished with a school-record for wins at 30-3 and won the Southern States Athletic Conference tournament before an injury-filled season amid the COVID-19 pandemic this past year ended with a 7-11 record for the Roadrunners.

Dalton State head coach Alex Ireland said Almonte could get some playing time early in his time with the Roadrunners.

"He does a lot of the things that will help him to play fairly early," said Ireland, who was at the ceremony Tuesday. "The way he plays hard and with athletic energy allows him to be successful. As he gets accustomed to the nuances of college basketball and used to the speed of the game, I think other parts of his game will develop."

Almonte stands at 6 feet, 5 inches and played forward and center in high school. Ireland said Almonte would likely continue to play close to the basket for Dalton State, but could move to an outside position if he continues to develop more ball-handling and shooting skills.

"I want to keep getting better, and I think it's going to be a good program for me," Almonte said of Dalton State.

Ireland said he's glad to be able to have a local talent join his team in the fall.

"It's great to have local talent where you can build your program in your own backyard," Ireland said. "With the globalization of college basketball, that's a little more rare now."

Almonte isn't the first area basketball player who will spend time on the Dalton State roster since the program revived in 2013. Coahulla Creek graduate Tyler Phillips and Southeast Whitfield product Ty Pendley were both on the Roadrunner roster in 2018-19.

"That allows the fans to have continuity," Ireland said. "The Dalton High fans that have watched Franklin grow and develop will get to do that in person, rather than following a box score."