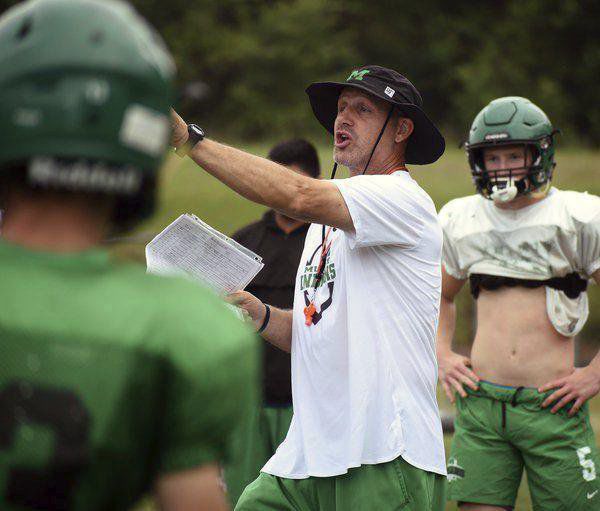 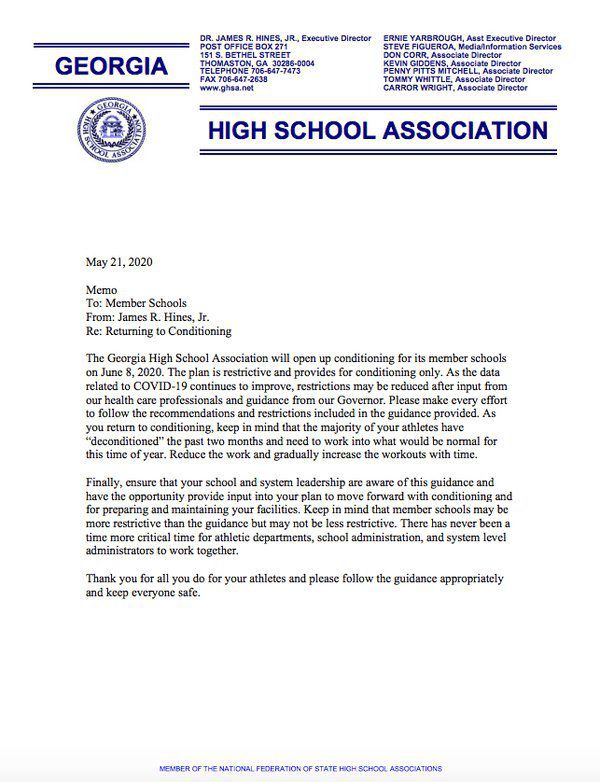 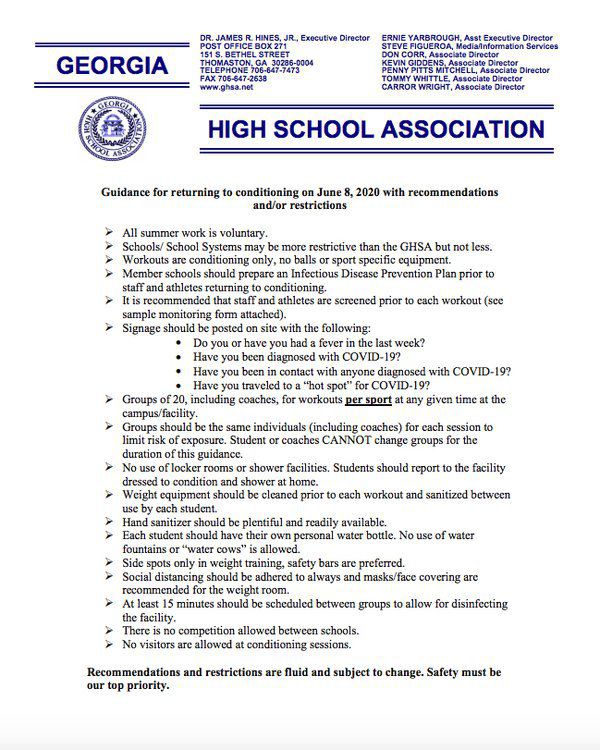 By June 8, area practice fields could be filled once again with chirping whistles and weight rooms with clacking plates.

"It's going to be exciting just to be able to get back out there," said Petty.

In an online meeting Thursday, the Georgia High School Association executive committee approved plans for a restricted return to conditioning work for member high schools following the outbreak of the new coronavirus (COVID-19). The GHSA halted all high school sports in March due to the spreading of COVID-19, meaning spring sports were canceled and spring football practice was wiped out. The plan provides guidelines for a return to activities with safety precautions and procedures to combat spread of the virus.

"It'll be a huge morale boost," Coahulla Creek High School head football coach Danny Wilson said. "It's an excitement. Everybody has been sort of in that anticipation mode."

After the meeting, the GHSA released a memo to schools about the reopening and a list of rules for teams in the initial stage of the return. Teams are limited to conditioning and weight room work, with no sport-specific equipment yet allowed, meaning no footballs or shoulder pads quite yet. Using locker rooms for changing or showering is prohibited, social distancing guidelines are in place, hand sanitizer is required and competition between schools is disallowed.

"We plan on getting started just as soon as we can," Murray County High School head football coach Chad Brewer said. "If it's June 8, we'll have kids out there rocking and rolling June 8."

Even with strict restrictions in place, Wilson said returning to a group setting will help his team tremendously. The Colts, along with other area schools, have been sending workouts to their players in an attempt to keep them in shape. Nothing can replace the routine of a group workout schedule, said Wilson who is in his first year as the Colts' coach.

"Kids perform better when they have routines," Wilson said. "When they're taken out of those routines, even other than athletics, it bothers them. That's not good for their educational or athletic growth. Getting back to that routine is extremely important."

Petty said he feels like he'll return to team workouts in good shape after two months of home workouts. However, Petty may have to get used to the football shape he'll need when players suit up in pads and helmets.

"I'm a little worried about that, just because it's not the same," Petty said. "I'm looking forward to getting out there with a helmet hopefully soon."

Per the GHSA guidelines, individual school systems can add rules, but must follow the association's overall guidelines.

Both Brewer and Wilson say they are developing plans for their first meetings, pending any more rules from their school systems.

Dalton High School athletics director Jeff McKinney said the school has not finalized any additional policies, but said Dalton High is well-equipped to be able to follow the GHSA standards.

"We've been working on plans for a couple of weeks anticipating reopening," McKinney said. "We're fortunate enough to have a great weight room, and with smaller groups we can have people at every other station working further apart. We haven't finalized the plans, but we're just happy we can do something."

For Brewer, the return to the field even in a limited capacity marks the beginning of a return to a sense normalcy.

"I'm very excited about really just life in general getting back to normal," Brewer said. "It won't be perfect, but everybody's ready for normal and routine."