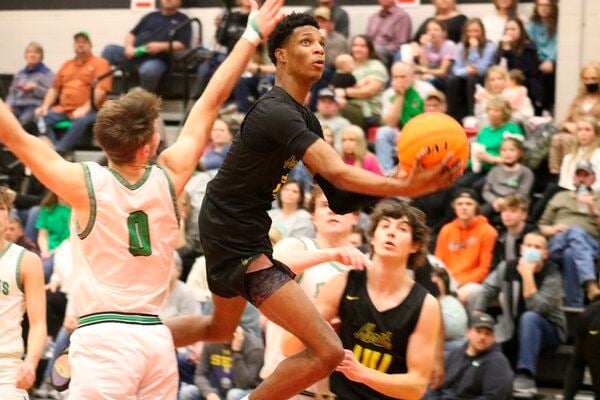 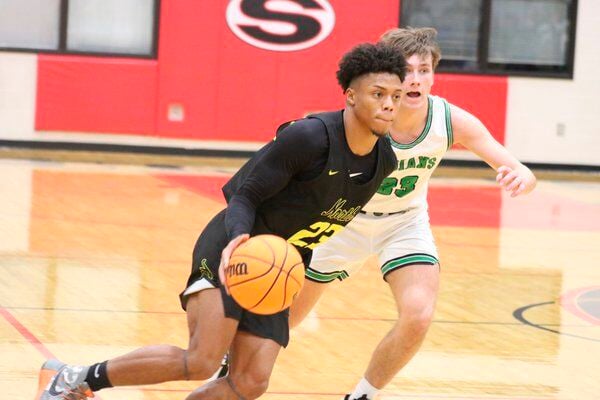 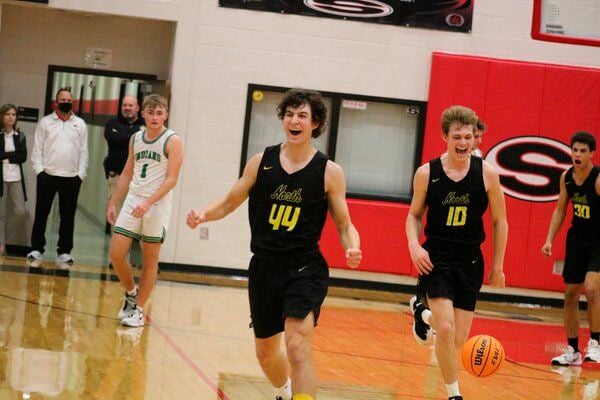 North Murray High School's Noah West (44) and Seth Griffin (10) celebrate after knocking off Murray County 56-47 in the Region 6-3A tournament. 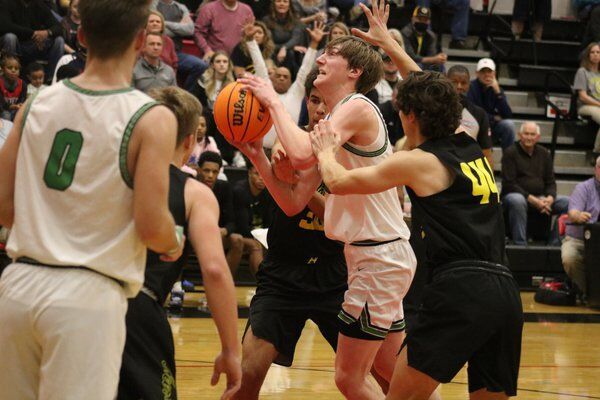 Murray County High School's Haden Newport fights through a foul in North Murray's 56-47 win in the Region 6-3A tournament. 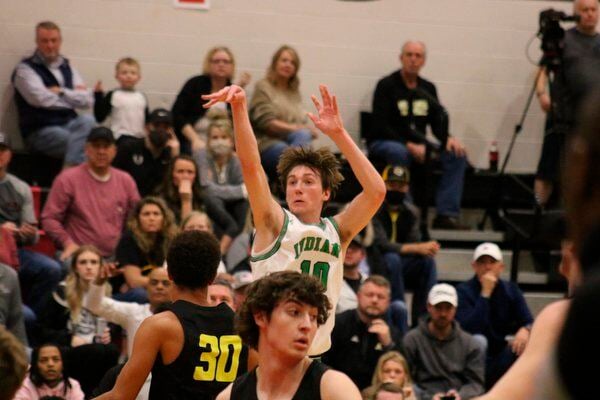 North Murray High School's Noah West (44) and Seth Griffin (10) celebrate after knocking off Murray County 56-47 in the Region 6-3A tournament.

Murray County High School's Haden Newport fights through a foul in North Murray's 56-47 win in the Region 6-3A tournament.

The Mountaineers dropped their first two contests with cross-town rival Murray County this season, but they won the one that mattered most.

North Murray (12-12) defeated Murray County (17-6) 56-47 in the Region 6-3A tournament in Sonoraville on Thursday, clenching a state playoff appearance and earning a spot in the tournament semifinals. The Mountaineers, who came in as the tournament's sixth seed, play host and second-seeded Sonoraville Friday at 4:30.

"I couldn't be more proud of where these guys have come, losing those first two to those guys," North Murray head coach Tim Ellis said. "To be able to represent our region at state is special."

North Murray earned that right with a couple of fantastic runs to begin each half.

Murray County opened the game fast with a 9-4 lead before North Murray rattled of 16 straight points to quickly gain a double-digit lead.

The Indians settled in and cut the deficit to 30-23 by halftime, but the Mountaineers came out to start the second half on fire again.

Led by buckets from Ja'Nyious Ross, North Murray scored the first 10 points of the half, getting a game-high lead of 17 points.

Ross led all scorers with 24, and 10 came during that third quarter.

"Our defense was great during that stretch, too," Ellis said. "Credit to them, they made some adjustments."

Murray County chipped the lead slowly down to 45 to 36, largely on the shoulders of Haden Newport, by the end of the third quarter.

Newport led a Murray County offense that struggled to hit shots for some stretches of the game when a comeback could've been started. Newport scored 23.

The Indians cut the lead to as little as six in the fourth quarter, despite playing much of it without starting point guard Ethan Jackson.

Jackson, who hit the game-winning shot in overtime the last time the two teams played, had foul trouble for much of the game and finally fouled out in the fourth quarter.

Ross fouled out late too, but the Mountaineers didn't need much more of his scoring. A few well-timed free throws from Seth Griffin and Michael McDade helped hold off Murray County.

"Our offense got more selective after we got the lead, but we were able to make plays when it mattered," Ellis said.

The North Murray win puts an end to a quality season for the Indians. Murray County finished 13-3 in the region, earning the third seed in the tournament. Only the top four tournament finishers in the tournament reach the state playoffs.

The Mountaineers climbed out of a large hole to reach the state tournament. North Murray started the year 0-6 before rattling off five straight wins.

"This is just a special group," Ellis said. "Now we're playing with house money with a chance to get more."

With a state berth already secured, North Murray will try for a home playoff game, which they would get by beating Sonoraville.