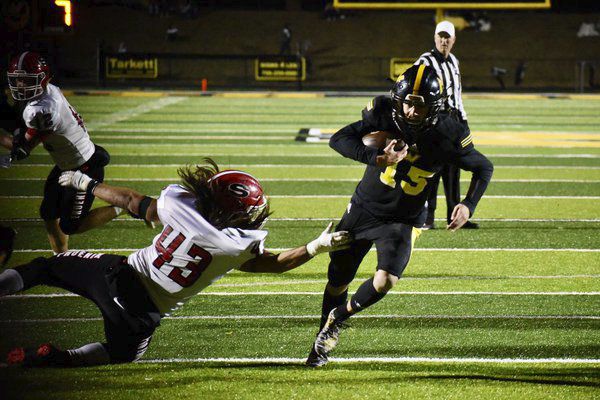 North Murray High School quarterback Ladd McConkey runs with the ball on his way to a touchdown Friday night against Sonoraville in Chatsworth. 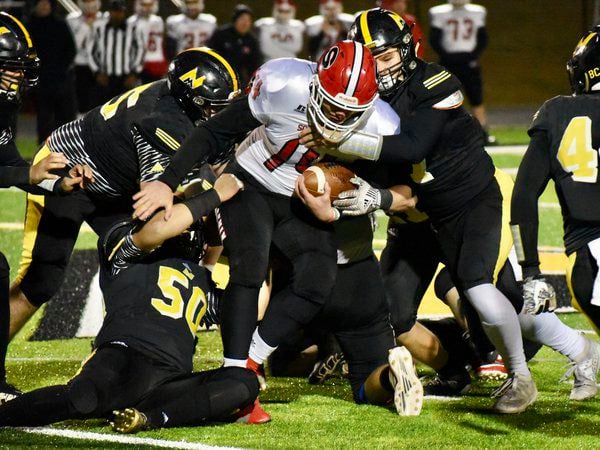 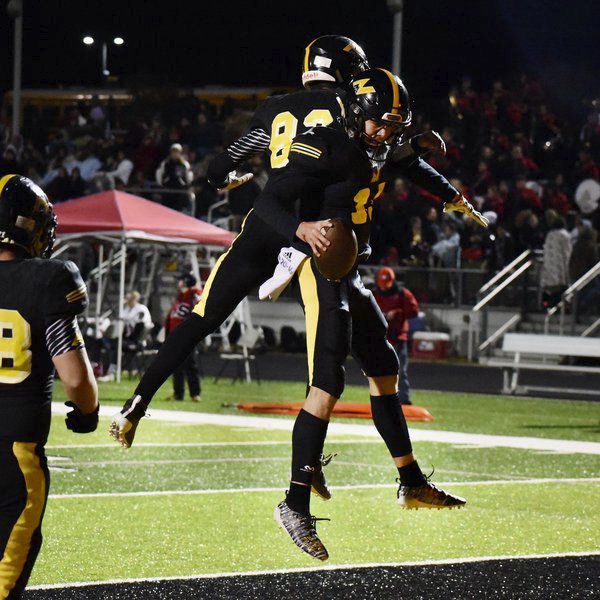 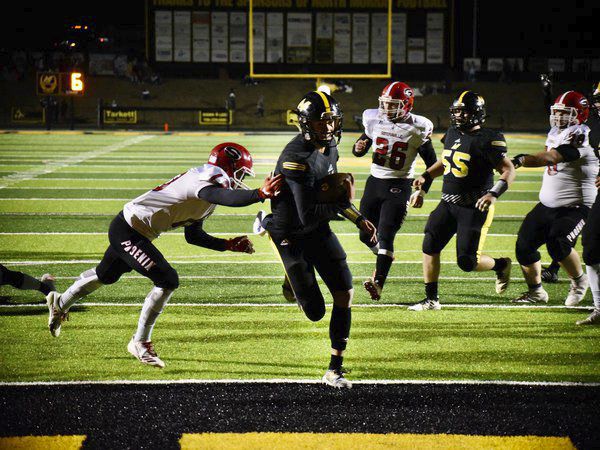 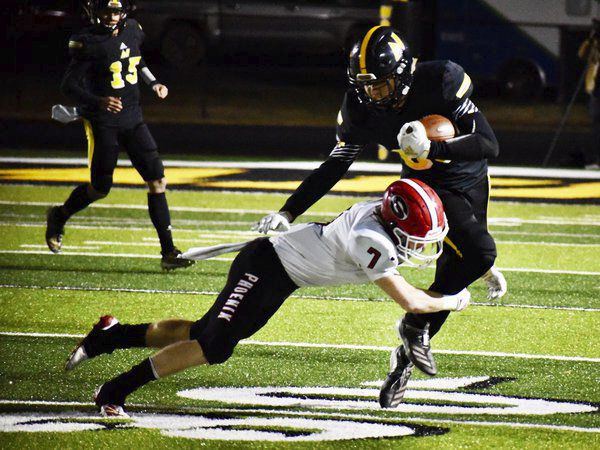 North Murray High School quarterback Ladd McConkey runs with the ball on his way to a touchdown Friday night against Sonoraville in Chatsworth.

North Murray finished its regular season undefeated in Region 6-3A after clinching the region title last week, taking down Sonoraville on Friday night in front of its home crowd, 45-21.

The Mountaineers (9-1, 8-0 in Region 6-3A) were led by another strong performance from quarterback Ladd McConkey, finishing the game with 442 all-purpose yards and five of the six touchdowns for North Murray.

McConkey had 284 passing yards and 98 yards on the ground. He added 60 yards on an interception he returned for a touchdown. Landon Burrell caught all three arial scores from McConkey, and McConkey also ran for another.

Alex Puildo added the final touchdown on a 9-yard touchdown run, and Owen Hannah had a field goal in the win.

"We weren't perfect tonight," North Murray coach Preston Poag said. "We made some mistakes, and had some turnovers. But, this team has been a second-half team all year, and Sonoraville played well. We came out in the second half and really got it done."

The Mountaineers enter the first-round of the Class 3A playoffs as the No. 1 seed from the region with a home game against Monroe Area on Friday.

"I'm just happy no one got hurt tonight," Poag said. "We go into the playoffs healthy and we'll get more film and start coming up with a plan."

After the game, Poag said the team celebrated the region title -- which is the first for the football program in school history -- with a banner and trophy presentation.

"It was pretty cool. It's so great for those kids," Poag said. "I'm so proud of them because they really earned it."

Mr. Jerry Lee Gabe, age 35, of Rossville, passed away Thursday, Jan. 16, 2020. He was preceded in death by his grandfather, Jerry Lee Gabe; his great-grandparents, Lucy Gabe, Rosevelt and Irene Baldridge. Survivors include his mom and stepfather, Georgia and Mike Owens of Page, Arizona; his …