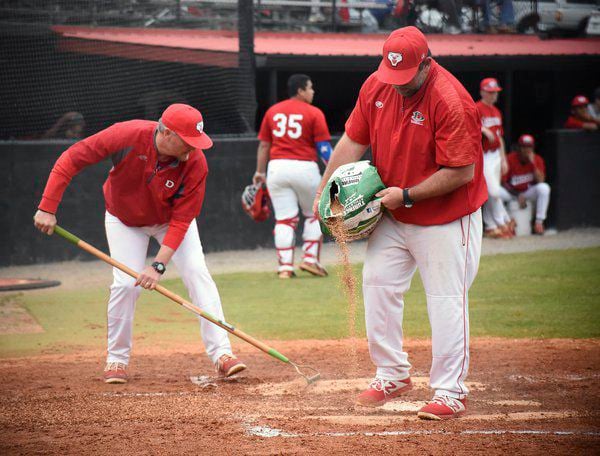 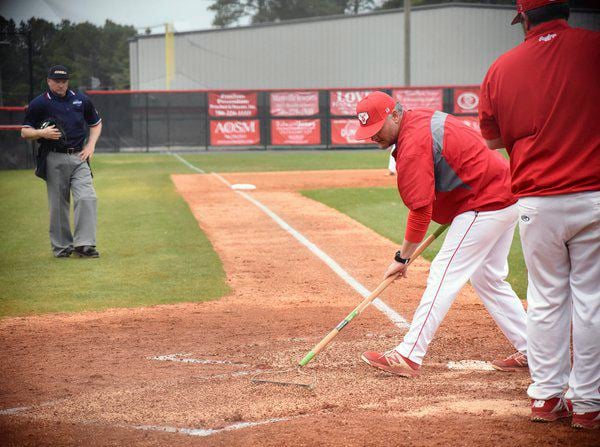 There have been a few dreaded words uttered more and more often lately by coaches of spring sports in Northwest Georgia. Lately, not a wet week has gone by where coaches haven't said "delayed," "postponed" or "cancelled" after arriving to their normal playing surface only to find something more resembling a pond.

Recent rains have brought havoc onto local schedules for spring sports. These sports — baseball, golf, lacrosse, soccer, tennis and track and field — are only played outside. And usually only lacrosse and soccer can be played in rain or on a wet, muddy field.

"At this part of the season, we've played seven games," Southeast Whitfield High School girls soccer head coach Todd Close said Tuesday. "If it had been other years, we'd be on game 11. Games get pushed. Games get cancelled. You have to reach out to other schools and see if they have openings to make the schedule work."

"It's frustrating when you're looking forward to playing somebody, and then all of a sudden you look and there's rain in the forecast for the next 11 days straight," Close said.

Through February, Dalton received 16.39 inches of rain compared to the long-term average of 10.73 inches, according to the Whitfield County Extension Office. In February alone, 10.61 inches of rain was recorded as rain fell on 20 of 29 days.

"It's frustrating. We've got a young team, and we've got guys with very little varsity experience," Bolen said. "The time on the field is very, very crucial to us. We're just trying to make the most of it whenever we can."

Part of making the most of it involves playing more double-headers that carry later into the night and finding other places to practice and play when time permits. Local soccer teams will often find themselves trying to schedule games at Dalton's turf field at Lakeshore Park, Close said. Baseball programs with access to indoor facilities can often retreat inside for practice time, but finding time to play between periods of allowing the dirt field to dry out can be more challenging.

"We'll spend a lot of time inside, but there's only so much you can do in that scenario," Bolen said. "We just try to make it as realistic as possible."

Most of that indoor practice time goes toward hitting, said Northwest Whitfield High School baseball head coach Todd Middleton, without the space needed to work on fielding. That lopsided workload can be a blessing and a curse, according to Middleton.

"Well, we haven't done a whole lot but hit in practice," Middleton said after a game last week, remarking on his team's improved offensive output that night. "We got in the groove and kind of figured some things out."

A reliable regiment of games is important for players once the season begins, Bolen said. Repeated cancellations and rescheduling can upset routines.

"We've been able to get some games in, but then they'll be a wide gap in-between," Bolen said. "You want to have the guys see as many live pitches as they can once you get into the season. We'll have a game, and then all of a sudden we'll have five or six days where we'll have a break. It's just hard to stay in a rhythm and a routine in that situation."

Close said the weather doesn't provide any excuses for his team, however. With the repeated rain fanning out across the state, Close said there won't be many teams on the schedule that aren't going through the same situation.

"It's not just us, it's literally everybody," Close said. "I was just looking at other schools' schedules, and there are multiple games that have been postponed multiple times."

"Bottom line is, there's only one way to really do it, and that is just getting on the field and getting the work in," Bolen said. "We're just doing what we can with what we've got."