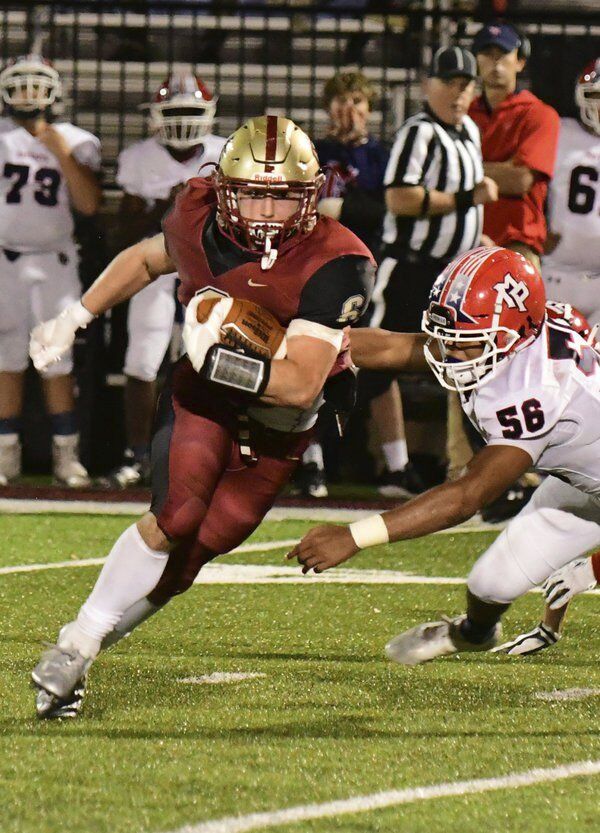 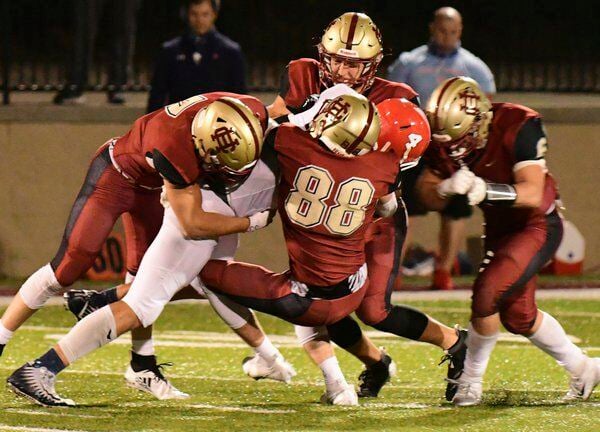 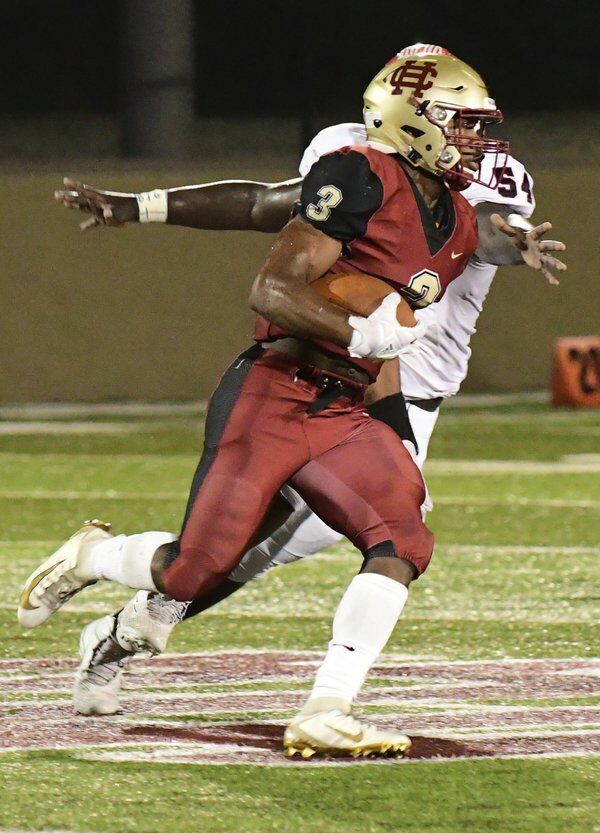 After a season-opening loss, not much has slowed the Christian Heritage Lions.

Not the three teams the Lions had easily dispatched prior to Friday night’s game. Not the unexpected bye week that occurred when last week’s scheduled opponent, Lakeway Christian, canceled due concerns about the new coronavirus (COVID-19) among their team. Not even playing without two star two-way players in Gage Leonard and Solomon Locke due to a COVID-19 quarantine in their last game.

So Friday night’s result wasn’t a shock when Christian Heritage (4-1) kept on rolling with Leonard and Locke back, defeating Mount Pisgah Christian (2-3) at home 44-24.

“They played really well without us,” Locke said of Christian Heritage. “But we were glad to get back.”

From his running back spot, Locke piled up a school-record 210 yards on 12 rushes and caught a 58-yard touchdown pass. Leonard, Locke’s backfield mate, rushed for 95 yards and two touchdowns while adding a receiving touchdown.

This Lions victory Friday didn’t come quite as easily as those previous three.

With the score at 14-7 in the second quarter and Mount Pisgah threatening to tie inside the Christian Heritage 30, Bryce Farmer intercepted a Smith pass, and one of Leonard’s long touchdowns punctuated a 14-point swing. A Lion goal-line stand held the Patriots to a field goal late in the first half, making the score 24-10 at half.

Christian Heritage linebacker Ben Williamson intercepted another Smith pass in the third and brought it back to the Mount Pisgah eight, setting up another quick score.

The Lions led 37-17 at the end of three quarters, and the teams added a touchdown in the fourth.

Smith completed 35 of his 56 passes for 405 yards, three touchdowns and those two interceptions.

“They were a good team, and we had to play good defense too to shut them down,” said Locke, who also plays linebacker.

Christian Heritage quarterback Christian Thomas shook off a couple of lost fumbles and an interception to complete nine of 15 passes for 208 yards and three touchdowns. Thomas also scored a rushing touchdown early in the game.

Lion kicker Jonah Paniagua, who also sat out along with Leonard and Locke in the last Lion game, hit a 23-yard field goal and converted on all five of his extra point attempts.

Since that season opening loss, a 43-21 setback to Fellowship Christian, both sides of the Lions have been dominant. In the four wins since, including Friday’s game, Christian Heritage has put up 166 points and held their opponents to 37.

The Lions head into a bye next week before starting Region 7-A Private play the following week. Christian Heritage travels to Marietta to face region opponent Walker on Friday, Oct. 23.