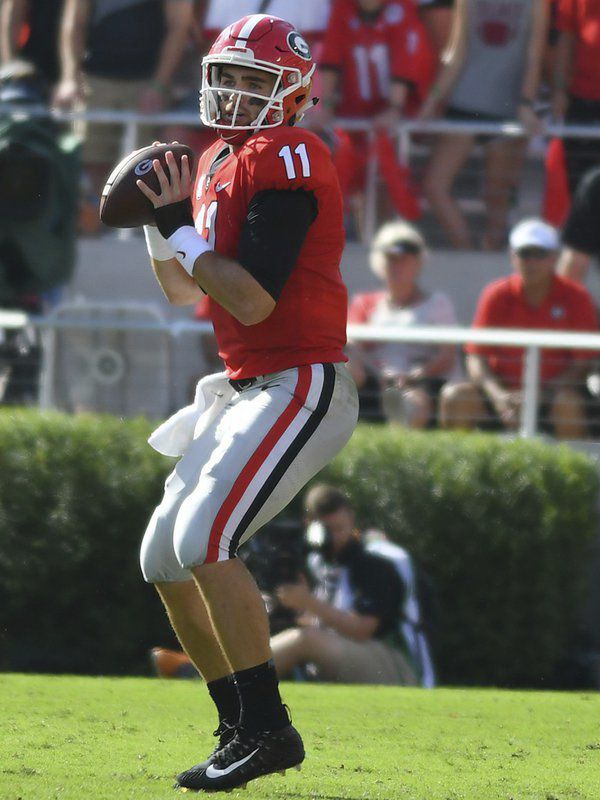 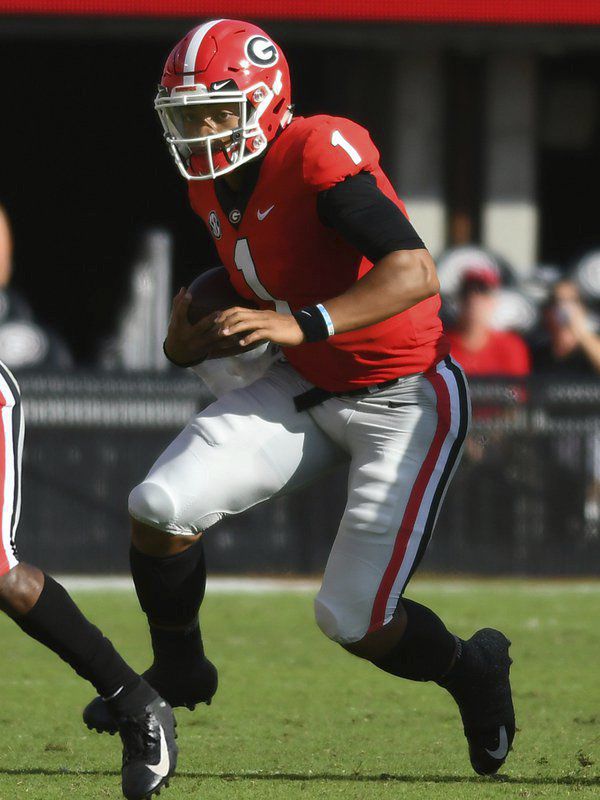 A similar pool of questions arise week after week for the Georgia offense: how much will either quarterback play in the upcoming matchup?

Georgia's quarterback situation is not so much of a battle for the quarterback position, but rather the building of a dynamic system which allows both sophomore Jake Fromm and freshman Justin Fields to utilize their personal strengths and lead Georgia’s offense to success.

Both Fromm and Fields have seen the field in each of Georgia’s five games this season. Fromm has started all five games, but Fields continues to take snaps during the games to build in-game confidence.

Fromm's strength this season is in his passing game. He has thrown 66 completed passes for 924 yards, while Fields has completed 15 passes for 147 yards. The run game is flipped. Fromm has 12 carries for -22 yards; Fields has 13 carries for 115 yards and three touchdowns, two of those coming in last Saturday’s matchup against Tennessee.

“(Justin Fields) brings the dynamic of being able to run and pass that is very valuable. He's a big physical runner, good passer. He's a good football player,” Smart said.

“What Jake's good at is keeping his eyes down field and making sure that he's looking at the coverage and knowing where to go with the ball,” Smart said.

Fromm not only has strong capabilities to protect the ball in the pocket, Smart said he is also a viable runner when necessary. He recognizes the opportunities to run when they arise. His run game was more prominent in his freshman season than it is five games into the 2018 season, but Smart said Fromm has not had as many opportunities so far this season to instinctively run the ball yet.

Defensive tackle Michael Barnett emphasized both Fromm and Fields' abilities to run and throw the ball. The ability to switch out the two depending on the situation on offense keeps the opposing defense on its toes.

“I think having that trait in both of them helps our team and puts ourselves in good situations,” Barnett said. “For instance, if a team is a run-stop heavy team then we can pass it on them whereas if they are a pass-coverage team then we can run it more.”

Smart’s main focus, though, for his quarterbacks is continued development and growth. Fromm has the added benefit of extra experience from last season, but even with the extra games, Smart said there is still room to improve.

“The one quality that they both have is, number one, they're both good leaders, but they're really good competitors, and I don't think they would be where they are in their careers if they were not great competitors,” Smart said. “What do great competitors want? Number one, they want to win. Number two, they want to do well. But when you're in a team format, sometimes doing well may mean the combination of those two guys, and Jake (Fromm) continues to improve and do good things, and so does Justin (Fields). That's our goal.”