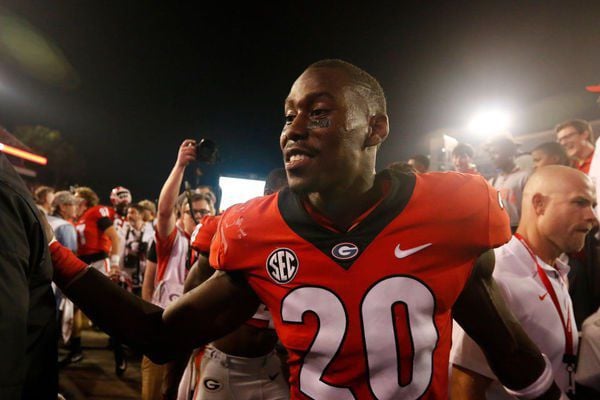 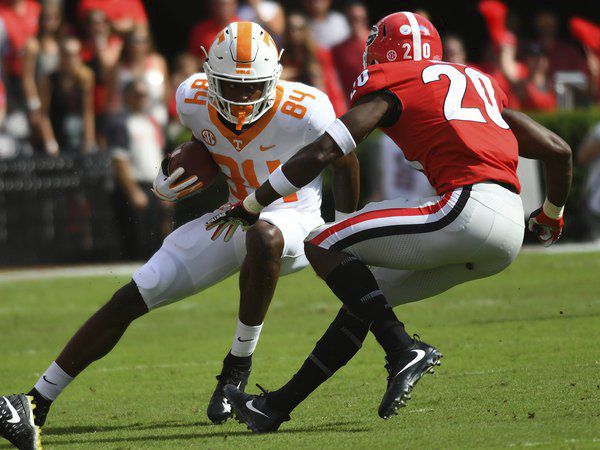 For J.R. Reed, a year has made all the difference.

At the beginning of September in 2017, Reed had never played in a SEC game.

The junior safety from Frisco, Texas, is now an experienced leader on the Georgia defense, having started all 15 games last season, including the SEC championship game, the Rose Bowl and the national championship game.

After playing one season at Tulsa, Reed transferred to Georgia in summer 2016 and sat out the 2016 season before becoming an influential player in 2017. In his 15 games last season, he accumulated two interceptions and 79 tackles, good for second overall on the team.

The transition to Georgia from Tulsa may have been difficult for Reed. But it is far from the first time he has faced adversity in his football career.

To Prestonwood Christian Academy head coach Chris Cunningham, Reed was one of a kind.

Reed made an immediate impression. While it became clear his greatest strengths were on defense, he first made a difference as a receiver at Prestonwood in Plano, Texas.

“He was a two-way guy for us, and we don’t have many of them,” Cunningham said. “We don’t have many kids that do that, but when the elite ones do come along, like J.R., we try to make sure they’re not spending half the game over there with us on the sidelines, so we try to find a way to get them on the field.”

Reed spent most of his time out on the field, as a receiver on offense and a defensive back on defense, until one game toward the end of Reed’s senior year changed his trajectory.

It was the 2013 Texas high school football playoffs, and the Lions had advanced to the semifinal round against Trinity Christian Academy. Reed returned a punt up the sideline and had just one man to beat: the punter for Trinity Christian, who also played safety. The punter tackled him low on his knee and brought him to the ground. Reed suffered what was later determined to be a torn ACL.

“It was devastating to him at the time,” Cunningham said. “Right there at the fieldhouse, when he pretty well knew what had happened.”

Once he discovered the exact diagnosis, Reed knew a long path to recovery was ahead, but that did not stop him from getting back out to help his team. The Lions went on to win the game, and the next day, Reed was back out to help coach on the sidelines, despite his own high school football career being over.

“Once the diagnosis had been made, and they kind of knew what was going to happen going forward, he set his sights on the unfinished business that his team had left, and on who he needed to be for those guys, going into the next game, and was there for them that next practice,” Cunningham said. “I’ll never forget seeing him come out there and not miss a day.”

From there, Reed began a long rehabilitation process throughout the spring and into the next fall before starting his college career at Tulsa in January 2015.

He was a three-star recruit out of high school, and the knee injury made it even more difficult to attract interest from college coaches.

But Cunningham said he always saw Division I talent in Reed. It just didn’t fully develop until later.

“You know, coming out, he was underrated,” Cunningham said. “Because if you looked at the measurables, they weren’t anything that was gonna get you a bunch of stars.”

Reed’s rehab process brought him back even stronger than he was before the injury, and it prepared him to compete at the college level, Cunningham said.

“The rehab process, and what he had to do to come back, not only brought him back to where he was before, but made him faster, made him stronger. So when he came back off that knee injury, he was so much a better athlete at that point, and then just continued to progress,” Cunningham said.

Playing against the best

At Tulsa in 2015, Reed played in 13 games, totaling five tackles and one pass breakup, as the Golden Hurricanes went 6-7 and made the Camping World Independence Bowl. Reed was left wanting more.

Then began another long process of waiting and sitting on the sidelines. Reed decided to transfer to Georgia, which meant he would have to sit out the 2016 season before returning to competition in 2017.

But having already seen Reed overcome adversity once, Cunningham had no doubt he could take this challenge head on.

“To walk away from what pretty much seemed like a sure thing, as far as starting and playing there at Tulsa, to going to a program like Georgia, you better believe in yourself and what you feel like you can do, if your goal is to get on the field and play,” Cunningham said. “And I know there was no other goal for J.R. than that.”

Reed spent the 2016 season sitting on the sidelines, preparing for the day he would finally get to take the field. Throughout the process, though, Reed never second-guessed himself.

From transfer to leader

When Reed finally got the opportunity to play in 2017, he did not let it slip away.

Reed started Georgia’s season opener against Appalachian State and came out strong, tallying five tackles. By the end of the season, he trailed only first-round NFL draft pick Roquan Smith in total tackles. In Georgia’s loss to Auburn in November, he had a career-high 11 tackles.

After a breakout 2017, Reed entered the 2018 season as a leader on a Georgia defense that lost talent to the NFL Draft and graduation.

Prior to the 2018 season, Reed was one of several players selected to represent Georgia at the 2018 SEC Media Days in Atlanta in July. For Reed, the opportunity meant a lot. After he was selected, he returned to Prestonwood Christian to express his thanks to the people that prepared him for the moment.

“He felt prepared to be able to meet that challenge,” Prestonwood Christian Academy principal Wendy Morris said. “(He)] talked to our head of school and to different faculty, just thanking them.”

Reed is off to a strong start to 2018, having already tallied 10 tackles on the season. Against South Carolina on Sept. 15, he intercepted quarterback Jake Bentley in the end zone.

To head coach Kirby Smart, Reed has been exemplary at the safety position since he came to Georgia.

“You know, he’s what you want in the safety position, cause he’s not afraid to take control, make calls, be demanding, confront other players,” Smart said. “He’s really done a good job for us.”

But even more than his on-field accomplishments, Reed has made an impression on the younger members of the defense in a leadership role.

“J.R. is a very smart guy,” sophomore safety Richard LeCounte said. “Very certain of what he’s doing. He’s always in his playbook, getting our guys where they need to be. (He’s a) great person to have in the back end with you.”

Reed is prepared to lead the Georgia defense through the rest of the season.