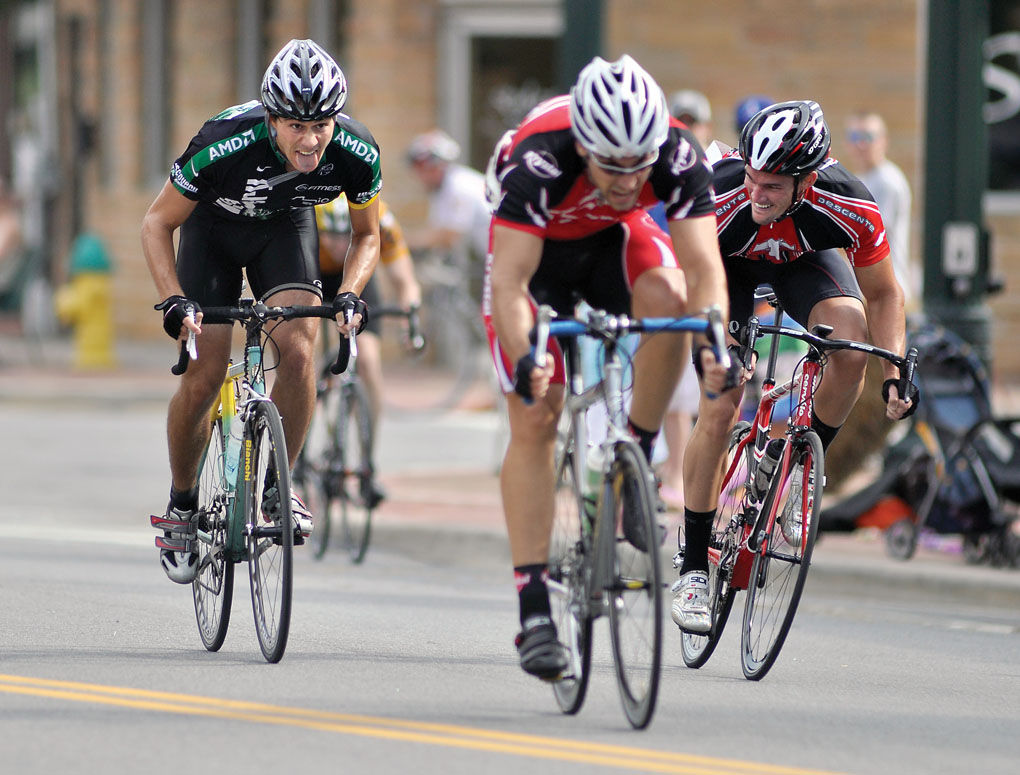 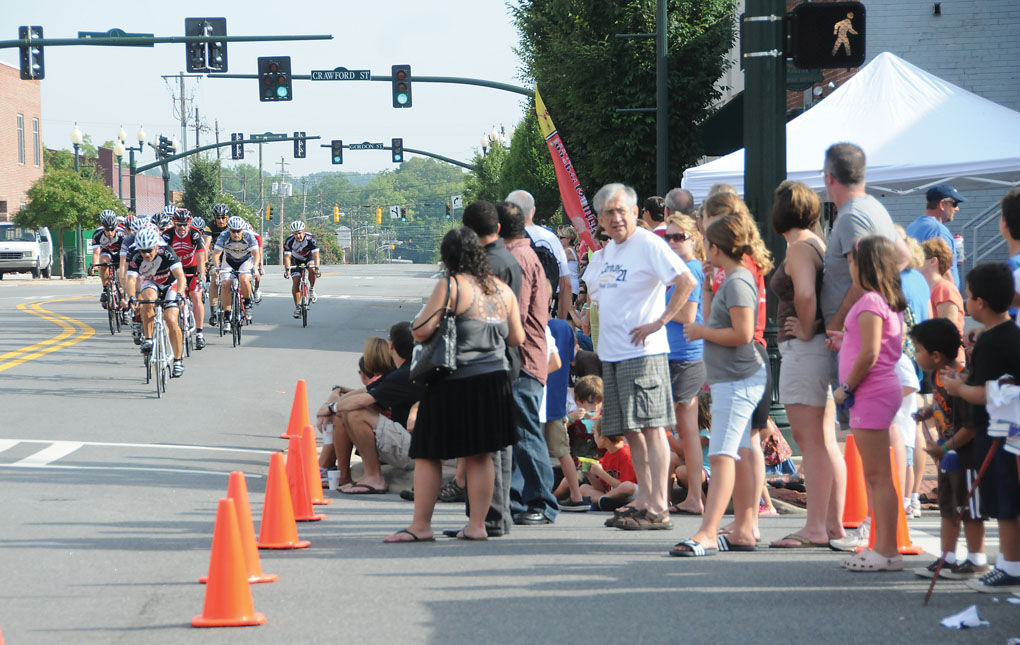 Despite an afternoon shower that might have hampered the crowd, cycling in Dalton still got a boost out of Saturday’s running of the Dalton Grand Prix as part of the Georgia Cup bicycling league.

Riders from across the Southeast — as well as a larger than expected contingent of local riders — navigated the six-tenths of a mile circuit through downtown while the smell of smoked turkey legs and  sound of local bands at the Twilight Music Fest filled the air.

“I’ve been riding in this town for 25 years, and it is nice to see cycling and cyclists get to showcase themselves like this,” said Shane Adams, a co-owner of Bear Creek Bicycle Company. “It shows that this is a legitimate sport. It involves a lot of dedication and a lot of hard work.”

While pros from the circuit dominated the upper divisions, the lower groups were sprinkled with area riders who made a good showing.

In the Category 5 race that kicked off the day’s action, Dalton’s Tyler Martin led nearly the entire race before fading at the end and finishing third. Martin was less than five-tenths of a second behind winner Matthew Brown of Ringgold. Martin, like most of the cyclists who ride out of Bear Creek, is a relative novice to competitive racing, riding in just his third event.

“Nobody wrecked, and that was the best part,” Martin said with a laugh. “It was awesome to have a lot of people cheering for me when I crossed the line.”

Other local riders Jonathan Sierra finished fourth in the same race, while Jimmy Nix and Ernesto Lua also rode to the finish. In later races, Jeff Ingle rode in the Category 4 race, while Dale Hair competed in the Masters and Ethan Zehr, of Bear Creek, rode in Category 3.

For Lua, who was married last month, the race was less about winning and more about representing the local cycling community.

“As a newlywed, I haven’t been training intensively for this, but I wasn’t going to miss a race here in my hometown,” he said.

“Cycling at this level becomes a lifestyle and less of an activity,” Adams said. “I think (The Georgia Cup) is something that a lot of people would like to see come back here next year. This is absolutely one of the best ways to spectate in bicycling.”

Count Nix among those hoping the Georgia Cup makes a return visit, but he probably won’t be in the running next time around. Nix said his last competitive race was 28 years ago. He also claimed racing like this would be a once-every-28-years kind of thing. Still, he hopes that the races in Dalton will spur more interest in the sport as both a competition and as a healthy lifestyle choice.

“The more recognition that we can get, the safer it is for us to be on the road around the county,” Nix said. “I was hoping for us to have a high participation level so the event organizers would want to come back.”

Bob Corte was one of those people curious about the event and brought his family out to enjoy the racing. It was a pleasant surprise, he said.

“I actually just wanted to come out and support the Downtown Development Authority, but this has been a lot of fun,” said Corte, who brought his wife Rebecca and their two daughters, Shaelyn, 11, and Mia, 7. “When the Tour de Georgia came through here a few years ago, we went out and watched it, and it was over in five minutes. This has been a full afternoon, and these guys are working hard.”

Those comments would be music to the ears of Brett Huske, the executive director of the Dalton Convention and Visitors Bureau. While the numbers weren’t as high as Huske would have hoped, he saw a bright beginning to something that can hopefully become an annual event.

“I think this is something that we can certainly build on,” he said. “I think the community welcomed (the Georgia Cup) with open arms and put together a very nice race. We’ve already started thinking about ways to spread the word a little bit and look at ways to permeate the market for the next time around.”